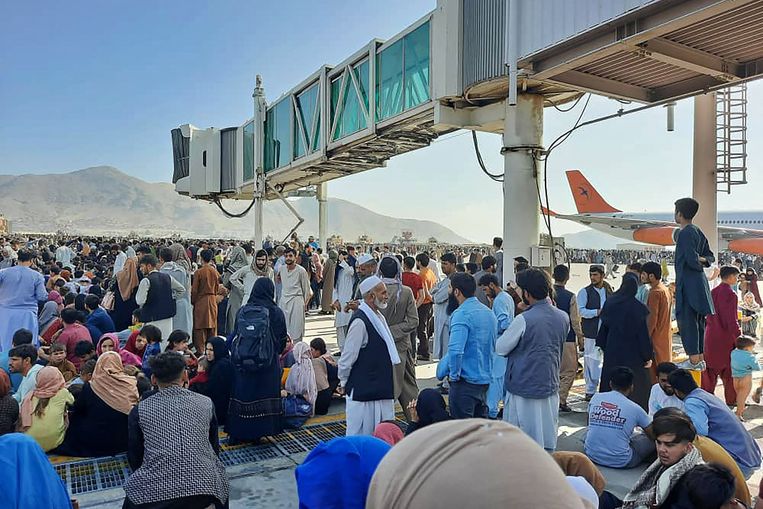 The scenes of the airport contrast with those of the streets of Kabul. Where they are deserted after the “peaceful” takeover, according to the Taliban, people flock to the airport. American soldiers fired in the air on Sunday and Monday in an attempt to calm the crowds.

According to the Reuters news agency, five people were killed at the airport. An eyewitness reported seeing one of the bodies being washed away. It is not known whether the dead fell after gunfire or crowd oppression.

“The crowd was out of controla senior US official told Reuters. UK Defense Minister Ben Wallace said the situation at Kabul airport is safe.

“This is our airport, but we are seeing diplomats being evacuated while we wait in limbo,” Rakhshanda Jilali, a human rights activist who plans to flee to Pakistan, told Reuters news agency. According to the news agency, the American embassy has already been closed, the staff have left. Other Western countries have already closed their embassies and are evacuating their staff.

A Ukrainian plane is said to have brought to safety an unknown number of Dutch people. On Twitter, Ukrainian Foreign Minister Dmytro Kuleba wrote on Monday morning that they had been evacuated along with people from Belarus, Croatia, Ukraine and Afghanistan. “We are not abandoning our own people to help others,” the minister said. He did not disclose how many people are involved or where they were taken.

A spokesperson for the Dutch Foreign Ministry could not confirm the message when asked. The Defense Ministry said on Sunday it would send a military plane to Kabul to pick up embassy workers, local staff and interpreters from Afghanistan.

Airlines are now avoiding Afghan airspace, including KLM. Sunday’s flights to destinations such as Bangkok and Singapore did not fly over Afghanistan. Passengers had to take into account a slightly longer flight time. KLM examines and assesses the situation on a daily basis.

It’s unclear what will happen now that the Taliban have declared victory. A Taliban spokesman said they would not announce next steps until all foreign soldiers left the country. In the meantime, the Taliban want to make the takeover in Kabul as peaceful as possible.

In one of the streets of Kabul, a baker, Gul Mohammed Hakim, looked at his now deserted shopping district on Monday morning. “It’s strange to sit here and see empty streets. Normally there are always busy diplomatic convoys here, “the baker told Reuters news agency.” All the security forces that were my friends are now gone. The first thing I have to do now is do grow my beard quickly I also checked with my wife if we had enough burqas at home for her and our daughters.