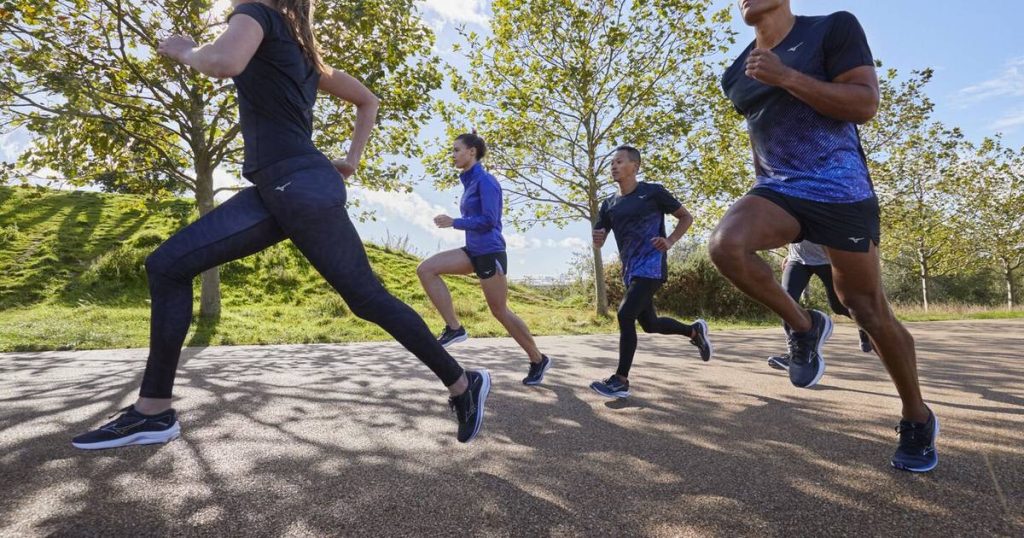 Mizuno is a Japanese sports equipment manufacturer that has been committed to producing high quality sports apparel and equipment for over 100 years. Adopting the slogan “Reach Beyond”, the brand is on a mission to innovate through the advancement of sports equipment and “to help every athlete on their journey through the world of sport”, according to the official website of the brand.

The brand took its first steps in 1906 when two brothers, Rihachi and Rizo Mizuno, formed MIZUNO Brothers Ltd. founded in Osaka, Japan. Inspired by baseball culture in the United States, Rihachi Mizuno wanted to export the sport to Japan and started making baseball apparel in 1907. Soon baseball shoes, gloves, and baseballs were added. In 1938, Mizuno produced its first spiked and cleated shoes. A scientific laboratory for technological development was established 10 years later, which still exists today as a separate department within the company.

In the 70s, 80s and 90s, Mizuno released several performance shoes such as the Runbird Athletics, the Morelia football boot and the Wave Rider which became instant modern classics. The Runbird was first introduced in 1981, and from then on it was used as the brand logo. Many Mizuno shoes feature the Wave Plate, a technology that provides a stable, comfortable ride and dynamic cushioning. Advanced technology is now considered the hallmark of the brand. In July 2020, the brand also unveiled its latest footwear innovation, Mizuno Energy. Mizuno Energy is designed to improve performance and provide high energy return.

Over the years, the brand has also attracted many high-profile athletes as brand ambassadors, including Olympic champion Carl Luis and soccer star Sergio Ramos.

Mizuno sells sportswear, shoes and sports equipment for men and women and for all kinds of sports, from running to football, tennis and various other sports. The manufacturer’s products are sold all over the world today. The brand has two flagship stores, in Osaka and Tokyo.

Since 2021, Mizuno has become increasingly committed to sustainability and protecting the planet, with the brand steadily increasing its efforts. For example, the Japanese company aims to be CO2 neutral from 2050 in the field of environmental protection.