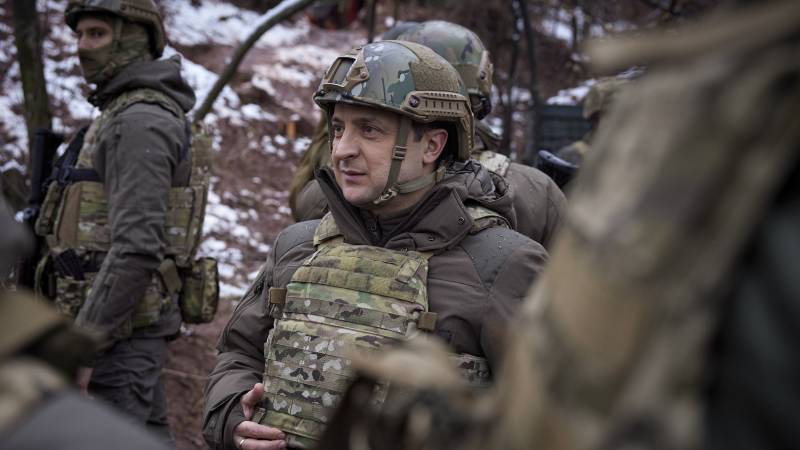 The Kremlin contradicts it, but America suspect that Russia plans to invade Ukraine early next year. Experts doubt if it really is that, but at the same time warning that an invasion is certainly not an unrealistic scenario.

Either way, if it is an invasion, it will likely be a fierce battle. Ukraine has long ceased to be the nation with a poorly organized and poorly armed army. In addition, the population is more militant and anti-Russian than ever, according to Ukrainian analysts.

“Ukraine has much more experienced soldiers than in 2014,” said Maria Avdeeva, research director of the European Association of Experts. “They are ready to fight for Ukraine.”

2014 was a key year for Ukraine for several reasons. Russia then annexed the Ukrainian peninsula from Crimea. And after months of massive anti-government protests, pro-Russian President Viktor Yanukovych is gone.

The pro-Russian separatists in the Donetsk and Lugansk border areas then turned against the new Ukrainian government. With the support of Russia, they proclaimed their own people’s republics. The belligerents have agreed to a truce, but it is regularly violated. More than 13,000 people have been killed in the conflict so far.

In early November, Russia increased its military personnel along the Ukrainian border. “It still causes panic among the population,” said Volodimir Doebovik of the Ukrainian Center for International Studies. Because, he also says, the Ukrainian army has improved a lot since 2014. Thanks in part to American support. “The difference is big. There is a larger, better equipped and more experienced army.

According to President Volodymyr Zelensky, the armed forces are even capable of repelling a Russian attack. Doebovik doubts it. Because despite American support, Ukraine will probably be largely autonomous in the event of a Russian invasion. “And Russia is of course stronger than Ukraine.”

“But it will be a fierce battle. They know it all too well in Moscow. There will be many deaths. Hopefully this will remain a deterrent for the Kremlin if they consider a full-scale invasion.”

Moreover, precisely because of the Russian presence in the Donbass, the Ukrainian population is much more united and more anti-Russian than in 2014, says Avdeeva.

“Young Ukrainians grew up with the idea that we have an aggressive neighbor. Even in historically pro-Russian regions, there is less support for Russia because of the aggression. People no longer vote for candidates. pro-Russian. Young people are ready to fight back. “

“What Putin wants is ridiculous”

Support for Russia continues to decline as Russia disinformation gets less space. Ukrainians are now more aware that Russian arguments to increase the number of troops at the border are false, says Avdeeva.

Putin actually has other reasons for a possible invasion, Doebovik believes. “If Ukraine falls under Russian rule, Russia could become a superpower again. If Ukraine separates from Russia, becomes part of the West and joins NATO, this project will fail. It would be a disaster for Putin. and like-minded people. ” in Russia.”

According to Putin, Russia, Ukraine and Belarus are one historically. But that’s nonsense, says Avdeeva. “In the Kremlin they can say whatever they want, but the reality is that Ukraine is an independent country. What Putin wants is ridiculous.”