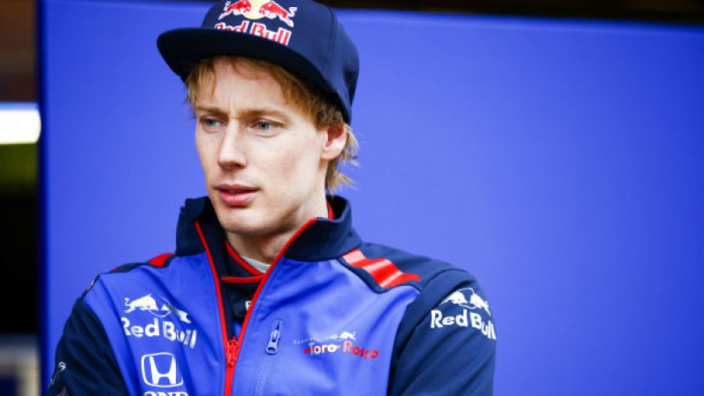 In Formula 1, many different drivers go through. Almost every season a number of drivers have to make way for young talent, they have to leave because they can’t afford it or it just turns out they’re missing out.

Formula 1 is a place where drivers come and go. One knows how to compete at the highest level for years and leave his mark on the sport, the other has to wait patiently for his seat to move quickly to the next. For example, Kimi Raikkonen (with a three-year sabbatical) worked for over twenty years, while Brendon Hartley, for example, quickly disappeared from the sport. You still regularly see a number of former first-class drivers in the paddock as TV analysts, for example, but some have disappeared from the radar a little more. In this Special GPF Fans Let’s take a look at what some of the former Formula 1 drivers of recent years are up to today.

Nico Rosberg is probably a familiar story to most. The 36-year-old German overtook team-mate Lewis Hamilton at Mercedes in 2016, and after a torrid season in Abu Dhabi grabbed the world title. A few days later, he created a surprise by announcing his retirement from Formula 1. Since then, he has not been unemployed. Today Rosberg is active on YouTube where he has over 1.2 million subscribers, he works as a Formula 1 pundit for Sky Sports F1 and can still be seen on the track regularly, and has since set up his own team. Extreme E: Rosberg X Racing.

Felipé Massa is another big name who said goodbye to Formula 1 a few years ago. The great Brazilian ended his premier class career at the end of 2017. In 2008 he was world champion with Ferrari for 30 seconds, until Lewis Hamilton passed Timo Glock four corners before the end of the race and took the title. In total, Massa wrote eleven Grand Prix victories to his name. He then moved on to Formula E, where he contested 24 races between 2018 and 2020. Today, Massa is active in the Brazilian Stock Car Pro series, where he even formed a duo with the same Timo Glock in February.

With Jenson Button, we have another former world champion in this list. The Briton won the championship in 2009 with Brawn GP. Button joined McLaren in 2010, where he ended his career in 2016. In 2017, he made a last appearance as a reserve driver in Monaco, while Fernando Alonso enters the Indy 500. Today, he is an advisor to the Williams team, serving regularly on the grid as an analyst for Sky Sports and like Rosberg, he founded his own Extreme E team: JBXE.

Stoffel Vandoorne drove two full seasons for the McLaren team in 2017 and 2018 with teammate Fernando Alonso. The British superpower were in poor form in those years and Vandoorne had to leave the pitch due to disappointing results. He moved on to Formula E, where he made his debut at the HWA Racelab. In 2019 he moved to Mercedes’ Formula E team, where he still forms the team today with Nyck de Vries. He and his teammate are also reserve drivers for the Zilverpijlen Formula 1 team.

Another well-known name is Joylon Palmer. Despite the fact that his Formula 1 career doesn’t have very impressive stats, he is a welcome guest both in and out of the paddock. Palmer drove for Renault (ex-Lotus) between 2016 and 2017 and collected a total of nine points from 37 races. Today, he appears regularly as an analyst or commentator for the BBC, even if he has lived his life a little more withdrawn in recent years. Her last Instagram post, for example, was dated March 23, 2020.

Nor did Pascal Wehrlein have a particularly long stay in the royal class. The German made his sporting debut in 2016 with the Manor team, after which he moved to Sauber in 2017. The following year, however, he had to make way for Charles Leclerc, ending his adventure in first class . Wehrlein returned to the DTM with the Mercedes team. It was also a short stay. In 2019, the 27-year-old made the move to Formula E, where he currently drives for the Porsche team. He recently won the Mexico E-Prix. With this he wrote a first victory for himself and for the team.

Marcus Ericsson stayed a little longer in Formula 1. The Swede made his debut for the Caterham team in 2014. He had a good first season and was signed by Sauber for 2015. Here he drove until the 2018 season, with Wehrlein and Leclerc as teammates. In 2019 Sauber opted for Antonio Giovinazzi and Kimi Raikkonen, which meant there was no more room for Ericsson. He crossed the ocean and raced in the American IndyCar Series for the Schmidt Peterson Motorsports team. He is now in his fourth season in the top racing class in the United States. Today, he drives for Chip Ganassi Racing.

We haven’t heard much from Brendon Hartley since leaving Formula 1. The New Zealander drove two Grands Prix for Toro Rosso in 2017 as a reserve driver. In 2018, he raced here for a whole season alongside Pierre Gasly. However, he couldn’t break any pots and was replaced by Alexander Albon at the end of the season. Hartley is one of many Red Bull talents who left the sport as quickly as they entered it. Since his departure, however, he has not hung up on his helmet. Hartley still travels the world to finish races. This year, as in 2021, he will drive in the WEC for the Toyota Racing team.

Daniil Kvyat is another well-known name that is no longer on the grid. The Russian had a checkered career, during which he drove for Toro Rosso, Red Bull Racing and AlphaTauri, but his full-time Formula 1 racing career now appears to be over. He is still active as a reserve driver for the Alpine team. He was also due to drive several WEC races for the G-Drive team, but the Russian team boss refused to sign the form whereby Russian athletes renounce their ties to the home country due to the situation. in Ukraine. Kvyat is without a team because of this.

Romain Grosjean has relaunched his racing career across the Atlantic. The Frenchman drove for more than ten years in Formula 1, but had to leave the Haas team at the end of 2020. He moved to the IndyCar series, where he drove for Dale Coyne Racing. Since this year he has been signed by Andretti Autosport, a big name in the American racing class. Grosjean is in good shape at the moment.

Finally, of course, Kimi Raikkonen. The Finn left the sport in his own way last year after an impressive career: silently and without fanfare. The 2007 world champion drove a total of 19 seasons in Formula 1. Since his departure, it’s been quiet around The Iceman. In any case, he never hid that he had little to do with all the public interest in his actions. Today, he is active as a Kawasaki Racing Team manager in MXGP, the biggest class in motocross racing.