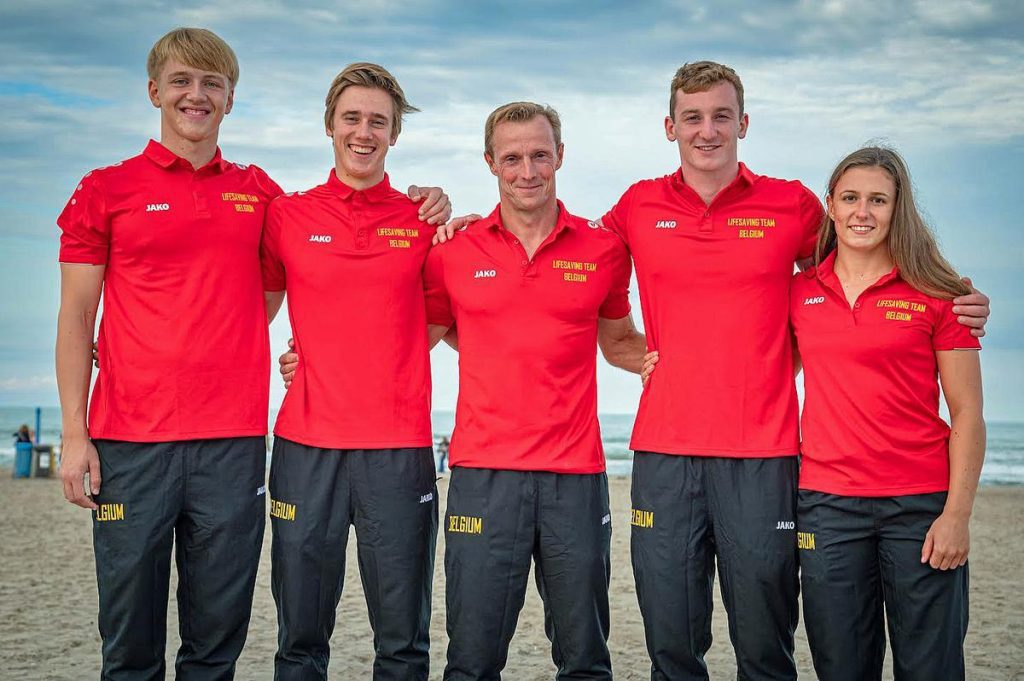 More than two months after the World Games, where our country won a bronze medal in the 4×25 meter dummy relay (a swimming relay with 4 people carrying a diving dummy), the World Lifesaving Championship or Swimming Rescue is on the program, which will take place in Italian Riccione, south of Rimini.

From Tuesday, September 27 through Sunday, October 2, over 1,000 participants from 55 different sports will compete in one of the most versatile sports in the world. It is the biggest edition ever organized and with it the international federation (ILS) reinforces its ambition to become Olympic champion. Rescue is extremely popular in Australia, New Zealand and South Africa, but is also gaining popularity in Europe year after year. It is a very colorful and spectacular sport to watch. Well-trained lifeguards embarrass Mitch Buchannon and capture the imaginations of youngsters. This with the ultimate goal of creating a safer watersports environment around the world in which watersports enthusiasts learn to deal with the dangers of the sea and where they learn to rescue someone in need.

By age group (open and young) 12 world champions (6 in the pool and 6 in the ocean) are crowned by gender. Additionally, there are 11 more titles up for grabs in the team relays. Belgium, with 24 lifeguards present at the World Cup, with several European champions and five athletes who are in the world top 8, has some spearheads to look forward to, such as Chloë Porton from Haacht and Sammy Feys from De Panne ( both members of the Flanders Coast Lifesaving Team of Middelkerke) who wish to highlight their European titles in oceanic events. Among the youngsters, there is emerging talent, including Jasper Cloet (2006) from De Haan, who competes in the WJK. Like Stef Abbeel, he goes out like another youngster for the Blankenberge Rescue and Diving Association. They are accompanied by their trainer Karel Logghe, also president of the Flemish Rescue Federation. (RAC)