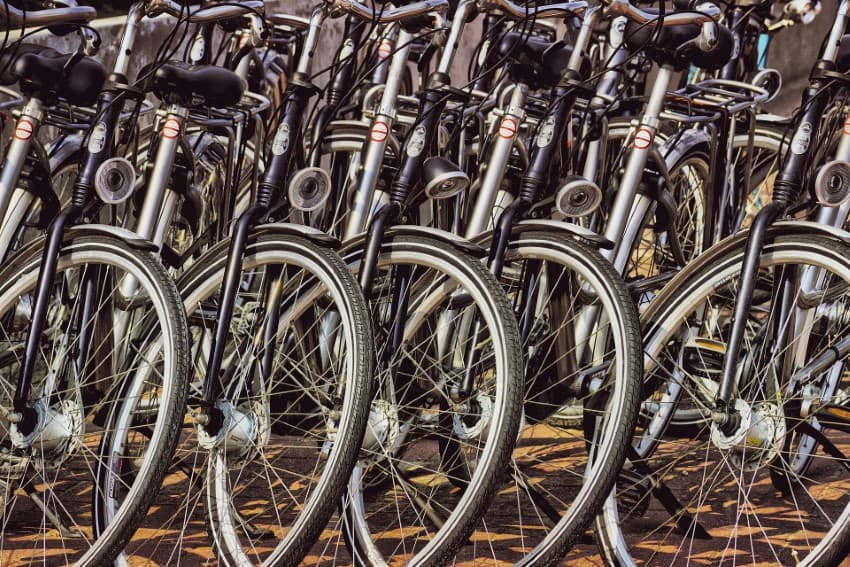 Weesp – Starting in the summer, the Watch and Enforcement Service will resume picking up bikes in high-traffic areas. This mainly concerns bicycle wrecks; these are bikes that are too bad to ride. These wrecks are evacuated to a Waste Point. By removing the wreckage of bicycles, the municipality expects that there will again be enough space for the Weesper to park his bicycle.

Many residents use the bicycle, for example, to get to the center or to the station by bicycle. This means that it can be very busy with cycling and not everyone can park their bikes. It is also because there are unused bicycles, so-called orphan bicycles, and wrecked bicycles among them.

In collaboration with the municipality of Amsterdam, a new method has been found for the removal of wrecked bicycles. And that means good news for the Weesper: bike wrecks will be removed again, so that there is more space to park the bike!

After bike wrecks, the town also pays attention to orphaned or abandoned bikes. These are bikes that cannot be used immediately, or bikes that clearly haven’t been used for a long time. The municipality puts a sticker on the orphaned bikes. Orphaned bicycles with a sticker will remain in the location found for another two weeks. After these two weeks, these bicycles are collected and taken to the bicycle depot in Amsterdam.

Because it is not easy for Weespers to pick up the orphaned bike there, the bike can also be delivered to your home from the bike depot. There are costs associated with this just like with pickup. You can find more information about the bicycle storage at https://www.amsterdam.nl/parkeren-verkeer/fiets/fietsdepot/. With this approach, the municipality hopes to keep Weesp accessible for cyclists and walkers.