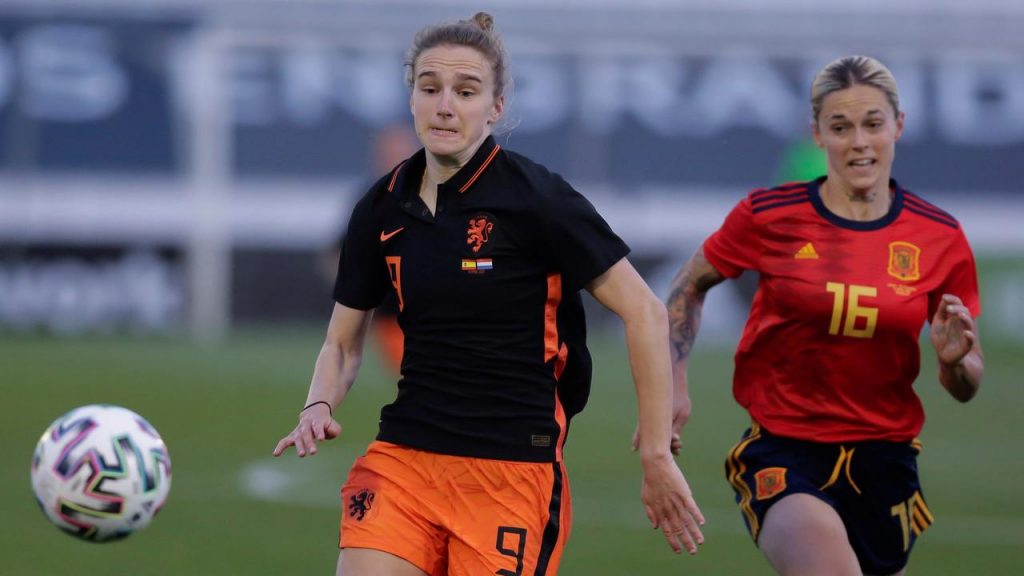 The Dutch footballers suffered a hopeless defeat on Friday in a friendly against Spain: 1-0. The Orange women actually didn’t create a single chance and owed goalkeeper Sari van Veenendaal that the score wasn’t higher.

Patricia Guijarro scored the only goal of the game at the Estadio Municipal de Marbella in the 31st minute.

Spain are twelfth in the FIFA rankings and eight places below the Netherlands. However, national coach Jorge Vilda has access to almost the entire FC Barcelona squad, the Lieke Martens side which has unprecedented dominance this season.

The Orange women will play an exhibition match on Tuesday, then in Nijmegen against Australia (world number seven). The team of national coach Sarina Wiegman uses these friendly duels with the best countries for the Olympic Games next summer in Tokyo.

The reigning European champion won in February with a good match against Belgium (1-6) and Germany (2-1). The Dutch team’s previous defeat took place last November in an exhibition match against the American world champion (0-2).

The Orange Women donated a shirt with signatures to Spaniard Virginia Torrecilla, who is recovering from a brain tumor.

Spain, who joined FC Barcelona with eight players, were much stronger than the Orange team in the first half. Van Veenendaal prevented with smart saves on attempts by Alèxia Putellas (free kick) and Jenifer Hermoso (free shot opportunity) that the home side quickly took the lead.

After half an hour, the Spaniards still scored the first deserved goal in Marbella. Guijarro walked to the far post, after a successful variation in a corner. The 22-year-old midfielder appeared to be offside, but the goal was approved.

The Dutch national team barely managed an attack, but in the 42nd minute Wiegman’s side were close to equalizing. Guijarro nearly extended a Dominique Janssen cross into his own goal. The ball went right past the post via his knee.

Also in the second half, the Orange women could not make a big impression and one after another, the Spanish attack on Van Veenendaal arrived. The star had an excellent reflex right after the break and saw Aitana Bonmatí aim for the bar twenty minutes before the end.

Shanice van de Sanden had the only real chance for Orange just ahead of the hour, but the substitute was unable to regain the lead against a Vivianne Miedema cross. The Orange leaves Spain with a lot of homework, more than three months before the start of the Games.

Spain was much stronger than the Netherlands in Marbella.