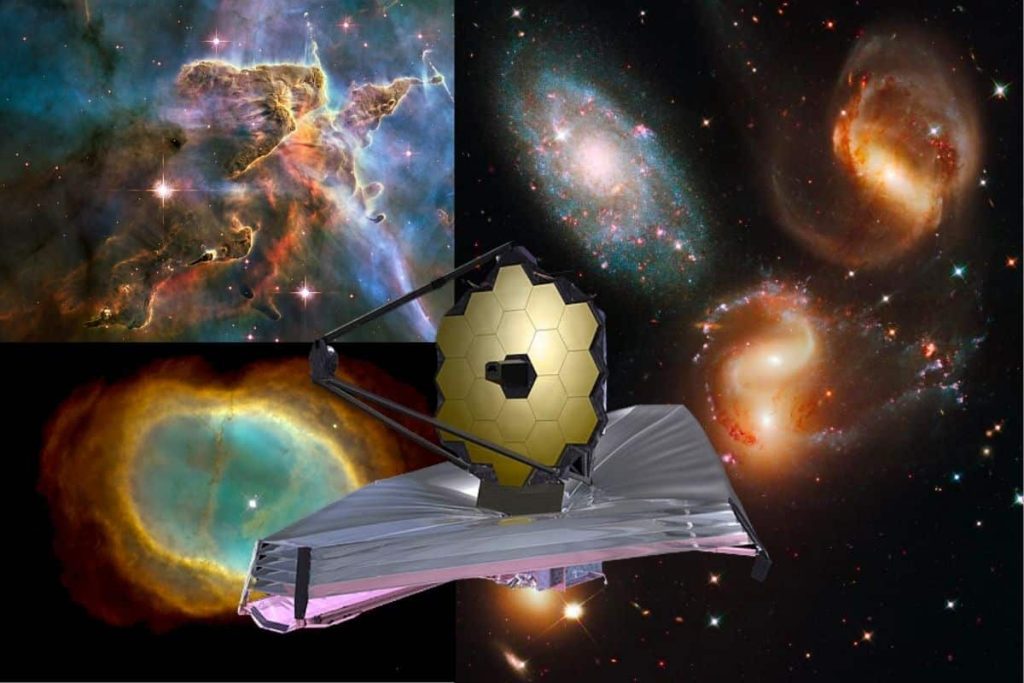 We finally know what objects James Webb photographed and what we’ll see in pictures next Tuesday. That’s an impressive list!

We are just days away from NASA releasing the first color images from the James Webb Telescope. We don’t know much about the photos yet, other than that, according to the US space agency, they will “certainly produce a wow.” Yesterday we had already see a taste†

Now the European Space Agency reveals what objects James Webb had in his sights recently and where we see color photos of, namely:

The Carina Nebula was photographed in 2010 by the Hubble Telescope. This photo is considered one of Hubble’s highlights.

– The spectrum of WASP-96b. It is a large exoplanet, or a planet outside our solar system. WASP-96b is 1,150 light-years from Earth and orbits its parent star every 3.4 days. The atmosphere of WASP-96b is completely cloudless and it is quite rare.

South Ring Nebula, photographed by the Hubble Telescope. The dying star is visible in the center of the nebula.

– The Stephan Quintet is a group of galaxies 290 million light-years from Earth. This group appears to be made up of five galaxies, but it was later revealed that one galaxy – NGC 7320 – is much closer to Earth than the other members. In fact, it’s a quartet.

– The last object is SMACS 0723. It is a cluster of galaxies. This cluster forms a cosmic lens, amplifying the light from distant and faint background galaxies.

Three more nights of sleep and then we’ll see those photos and after decades we’ll finally have a good idea of ​​the capabilities and possibilities of the spiritual successor to the Hubble Telescope.