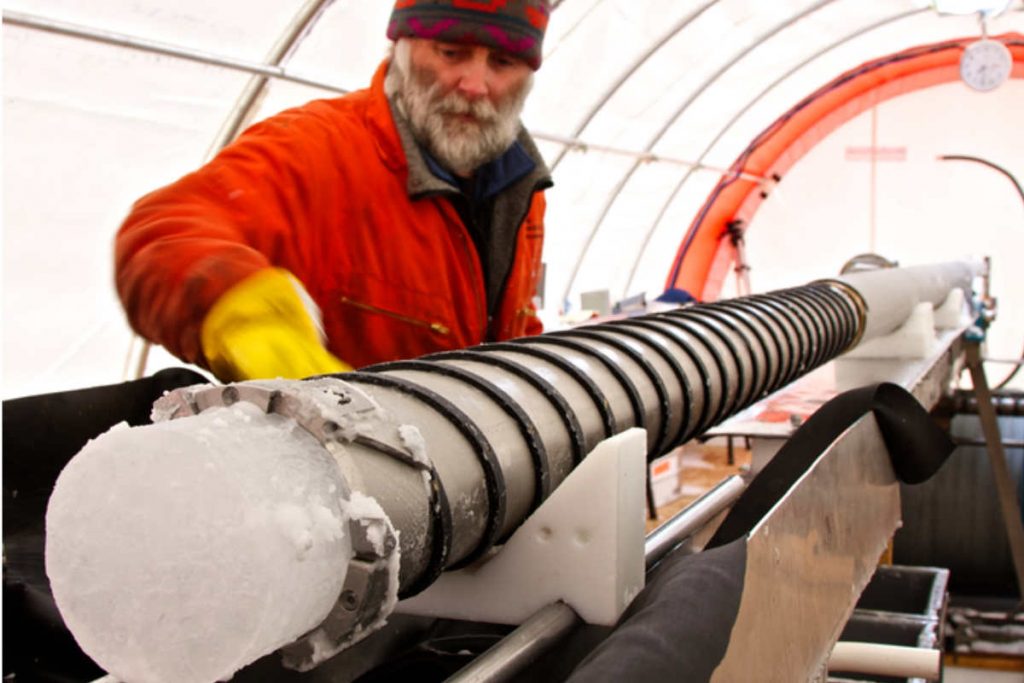 People were already doing this around the year 1300, according to a rather surprising new study.

It was assumed that if you looked back a few hundred years you would find an intact pre-industrial world. But a new study refutes this hypothesis. “It is now clear that humans have influenced the area over the Southern Ocean and Antarctica for at least 700 years,” said study researcher Joe McConnell.

soot
Several years ago, while analyzing samples of ice cores taken from James Ross Island in Antarctica, scientists noticed something unusual. They discovered an unexpected increase in black carbon (soot), starting in the year 1300. Soot is a light-absorbing particle that is created by the combustion of biomass (eg, forest fires) and is also released by burning fossil fuels. . However, how all this soot got trapped in the hundreds of years old Antarctic ice was a big mystery. And so, in a new study, the researchers decided to look for a conclusive explanation.

Quest
To uncover the origins of the unexpected build-up of soot so early in history, the research team analyzed six ice cores from James Ross Island. Analysis of the ice cores again showed a remarkable increase in soot starting in 1300. Levels then tripled over the next 700 years and peaked in the 16th and 17th centuries. However, levels have remained relatively stable in mainland Antarctica over the same period. This allowed the researchers to draw an interesting conclusion. “Our models show that Patagonia, Tasmania and New Zealand were the likely sources of the marked increase in soot emissions,” said researcher Andreas Stohl.

New Zealand
The researchers took a closer look at the three regions and were able to rule out two possible sources of soot. That left only one option: New Zealand. Ultimately, the researchers managed to explain the puzzling increase in soot. Around 1300, the Maori people landed in New Zealand, which was accompanied by the burning of wooded areas. And it apparently happened on such a large scale that it significantly affected the atmosphere over much of the southern hemisphere.

Soot deposits over the past 200 years measured using ice cores taken from the Antarctic continent and from James Ross Island at the northern tip of the Antarctic Peninsula. The levels are seen to rise from the end of the 13th century, which is linked to the arrival of the Maori in New Zealand some 7000 kilometers away. Image: DRI

This is a surprising finding, given New Zealand’s relatively small area and the distance (approximately 7,200 kilometers) that the smoke had to travel to reach James Ross Island. “Compared to the forest fires in the Amazon, South Africa and Australia, you wouldn’t expect the Maori fires in New Zealand to have a major impact,” said researcher Nathan Chellman. “But this is the case in the Southern Ocean and the Antarctic Peninsula.”

Earth’s atmosphere
This means that apparently we are not the first to radically change the Earth’s atmosphere. This happened about 700 years ago. “The discovery that humans were already causing such a dramatic change in atmospheric soot levels at that point in history is quite startling,” says McConnell. Although it is often thought that human influences were negligible in pre-industrial times, this new study provides new evidence that emissions from human combustion may have affected Earth’s atmosphere and climate on a large scale as well. earlier than expected.

Important
These research results are important for a number of reasons. First, the results have important implications for our understanding of Earth’s atmosphere and climate. Modern climate models use historical climate information to produce accurate projections of the future. And black carbon emissions and concentrations are critical in that regard. Second, the burning of biomass is accompanied by the growth of phytoplankton in much of the ocean. And so, the findings mean that the fires started by the Maori likely led to centuries of increased phytoplankton growth and flowering in large parts of the southern hemisphere. Third, the results were refined when the Maori arrived in New Zealand; one of the last places on Earth to be colonized by humans. It was believed that the Maoris had set foot in the 13th or 14th century. But thanks to the ice cores, researchers now know that the large-scale burning of biomass in New Zealand began around 1297, with 30 years of uncertainty.

Overall, the study gives interesting results. “Ice cores are once again proving very valuable for our understanding of past human impacts on the environment,” McConnell concluded. And that leads to a whole new idea: “Even the most remote parts of the Earth were not necessarily pristine in pre-industrial times,” he stresses.