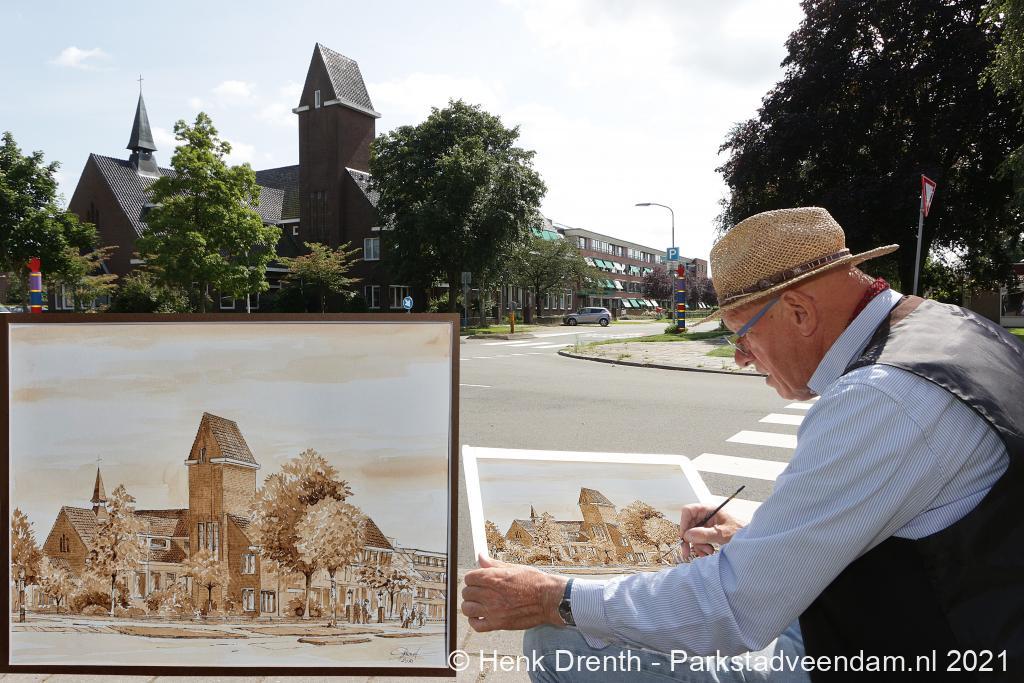 The international painter Peter van der Kroef (74) who travels in a motorhome has settled in Veendam. After a professional life as a painter and potter at the Regina Pottery in Gouda, he embarked on the adventure of painting everywhere in the street.

In addition to being a painter, he is also a really sociable person who is not afraid to discuss. “Thirty years ago, at the age of forty-four, I started myself as a free artist. The business had changed and I had changed. It no longer matched. I noticed that it suited me. 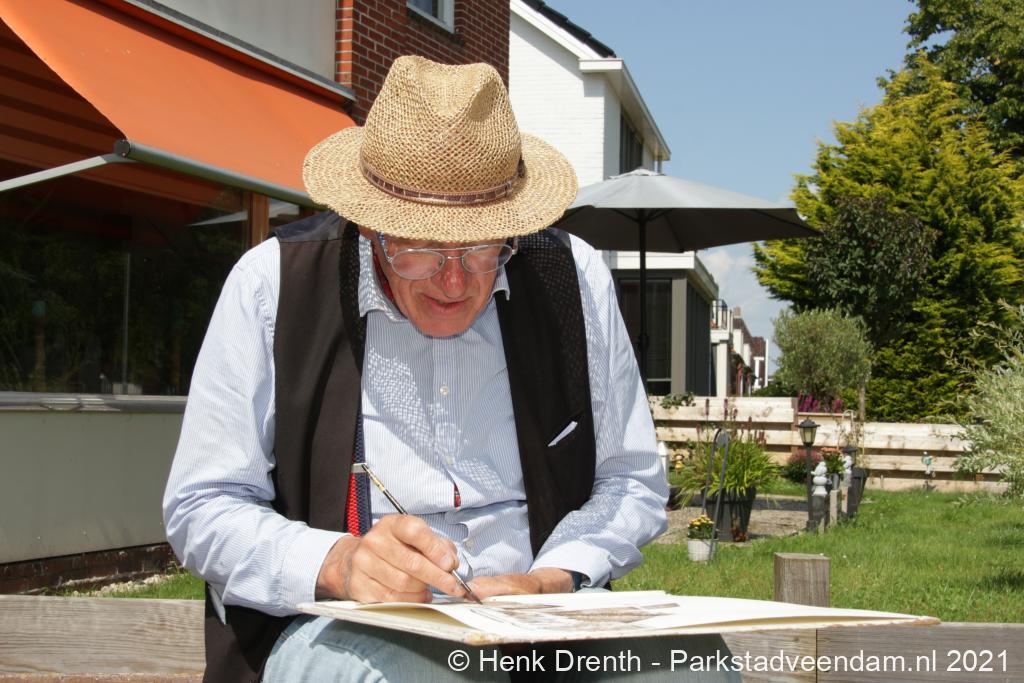 In the 22 pottery bakeries of Gouda, many potters painters were active in the decoration of pottery such as plates, bowls, vases, tiles, etc. Peter also wanted to become a pottery painter, just like his father. In technical school, he trained as a potter. For a technical school, it was quite unique.

Thanks to several small pottery bakeries with two to three employees like Ivora, Peter had ended up at the larger one with 200 employees. It was one of the renowned factories with vast collections and lots of decorations. In his free time, he was allowed to learn the simple things of the trade at the age of fourteen in the factory. After technical school, he became a painter and potter. In the evening, he attended the Academy of Fine Arts in Rotterdam for five years.

“But you really learned the trade in the company.” Pierre knows this better than anyone. “Practice simple things throughout the year. And after a year, you have evolved a little further in the profession. 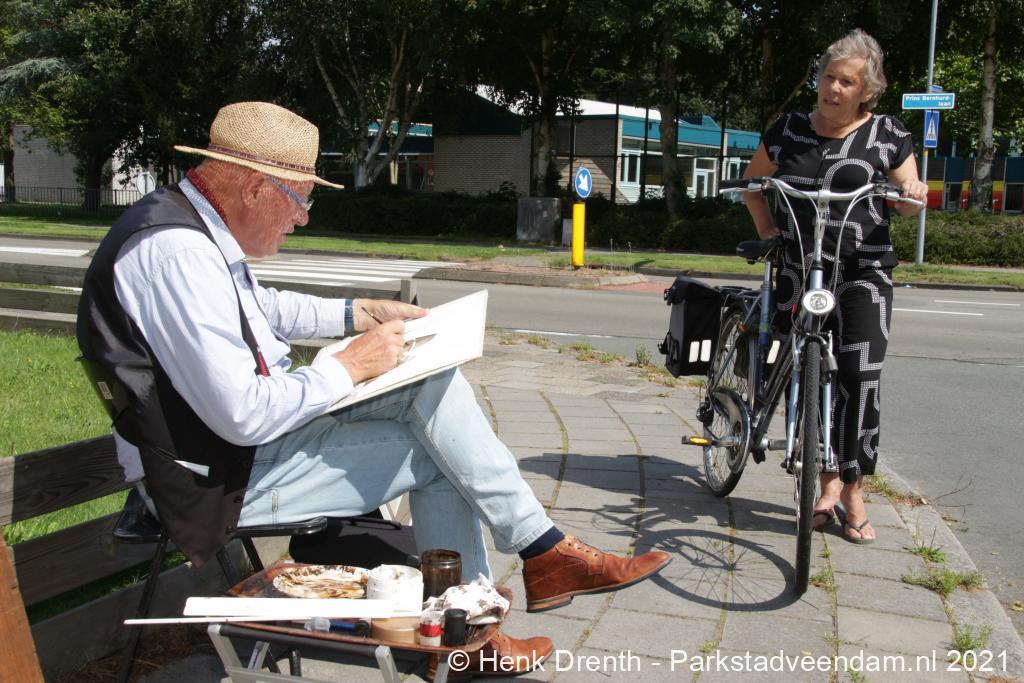 The job he has been doing for 30 years. In the end, he was both a painter and a draftsman. “I gave training to teach students to paint pottery. And in recent years, I had also become a visiting professor at the technical school where I attended myself. Later, I gave watercolor lessons at the People’s University.

At one point, the company turned to the abstract. This is not a problem in itself, but Peter paints realistically. 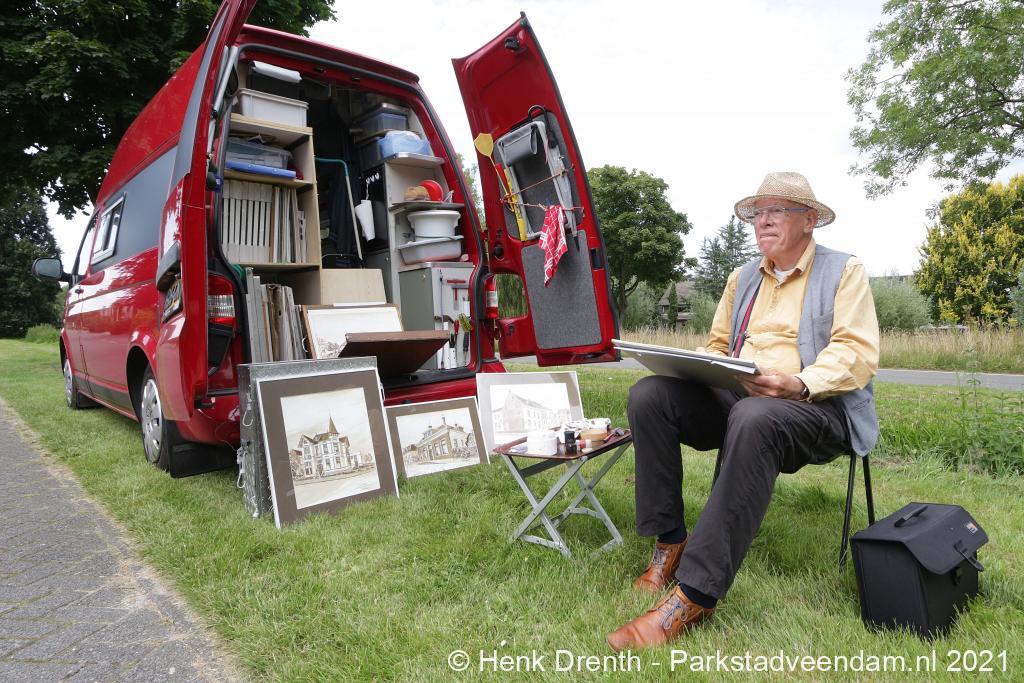 Peter had started painting houses, historic buildings and farms on the streets around his hometown of Gouda. All summer he has been active in places such as Waddinxveen, Boskoop, Schoonhoven, Dordrecht and Schoonhoven. Old towns with beautiful buildings. He had bought a different car so that he could build a small coaching service for his clients there. People also like to see the mat cutout and the framing of the artwork.

Once a year, he went with his wife to France or Norway. He painted on the way. So it grew and grew. After seven years, a breaking point came in his life with the deaths of his mother, stepmother and wife in no time. “Then you have to reinvent life a bit. But it was my passion, my pleasure. And I didn’t want to stay home at 53. 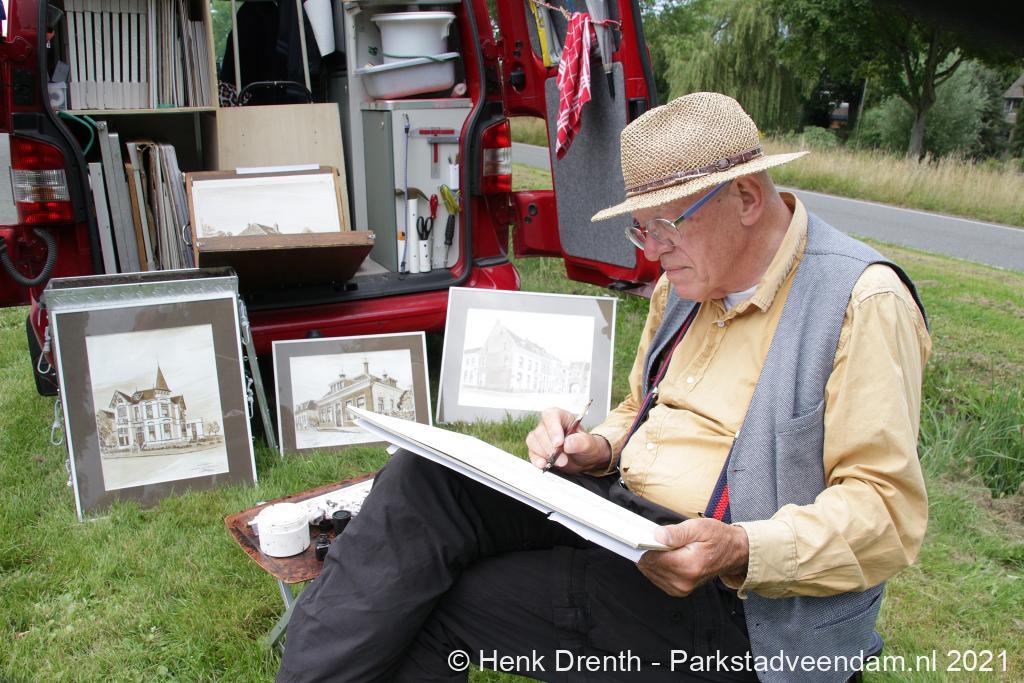 With a caravan, Peter traveled through Poland, the Baltic States, Norway, Sweden and Lapland. The other years, it descends towards the south, France, Spain and Portugal. Since last year, a Volkswagen camper van has been his second home. This one is more flexible because it can be placed anywhere.

He has now toured New Zealand five times over three months. Where does his daughter live. As a teacher, she closed the door to school in the Netherlands and opened it in New Zealand.

There Peter had a very special meeting with R. Tasman, the son of a Dutch immigrant. Tasman wrote books on pottery pottery. It has an extensive collection of Gouda pottery. There Peter found a vase he had painted in Gouda forty years earlier. 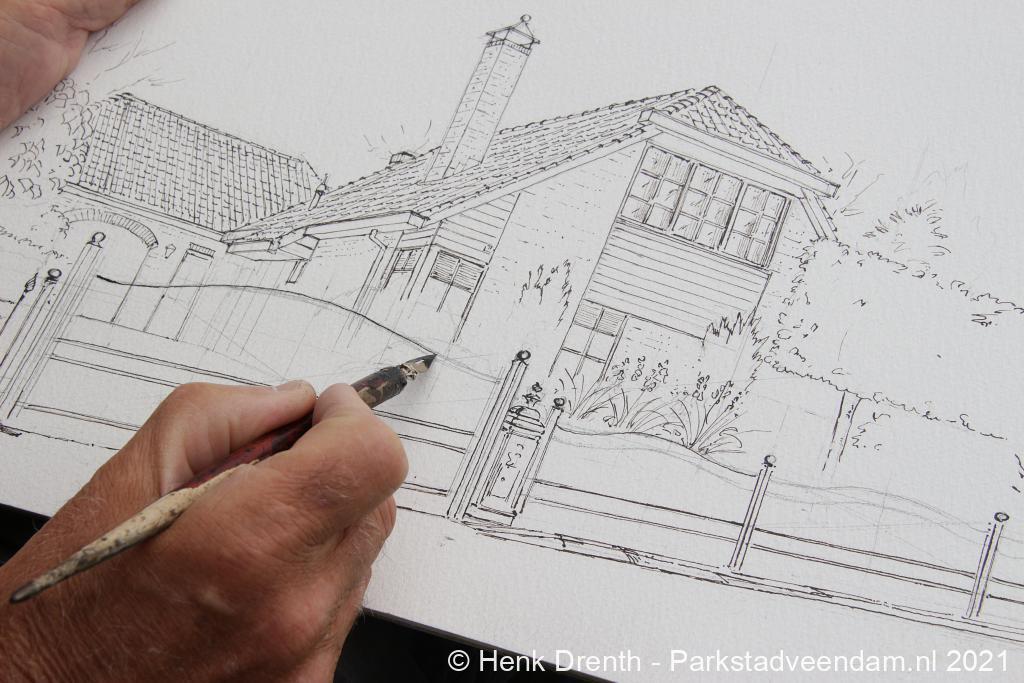 When Peter paints somewhere he never asks for clients. They will come naturally. Coffee is also served. He usually starts doing it in the morning too. And it doesn’t matter if it’s ready at 4 or 7. “One day, while drawing, a mother came with a 4-year-old girl in a stroller. This girl was still watching my drawing. Suddenly this girl said, no kukeleku. She saw that I hadn’t drawn this rooster on it yet. “

“I had never been to Veendam, but I saw a lot of beautiful buildings. At Huize Bareveld, painting has become a task for placemats. They see me working and get curious. There is a conversation and the question is also hesitant of what the painting costs. This is how homework comes. A building was painted on Van Beresteijnstraat, on AE Kade and in Julianastraat. On the Woortmanlaan in Wildervank he caught the attention of Henk Robben, who also wanted a painting of his house. Last Wednesday, Pierre painted Saint Francis. Passers-by followed his gestures with admiration. 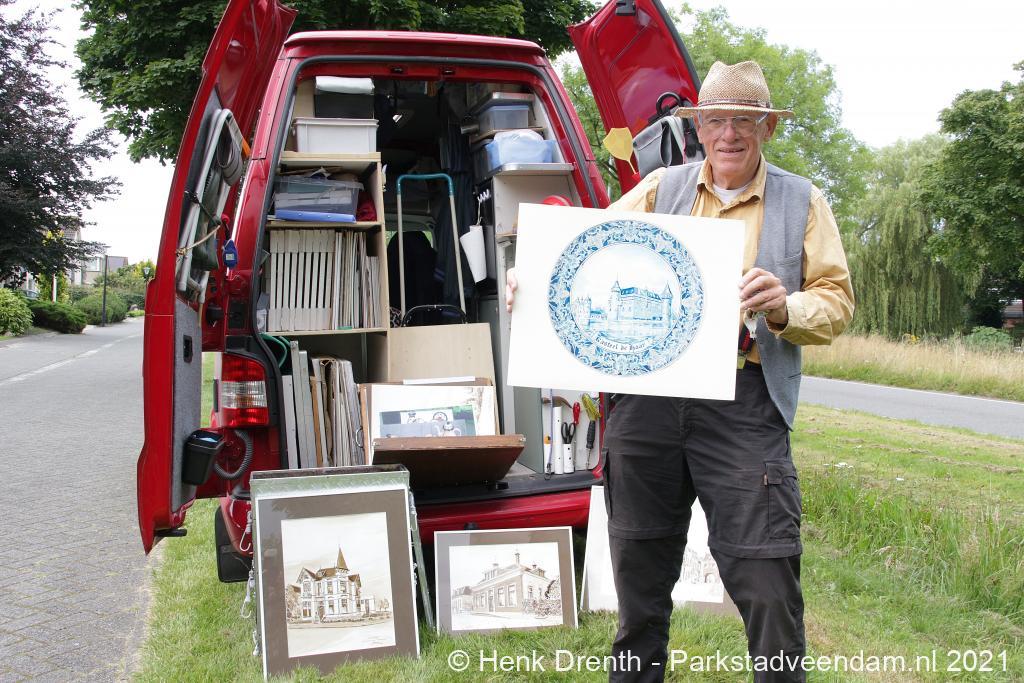 Until the end of August, Peter draws in Veendam. In good health, he will certainly come back next year. “The trips that I really enjoy are part of my life. Since I was single, it is my pleasure and my passion. I say sometimes, I die where I paint.

But for the moment, Peter is far from finished. 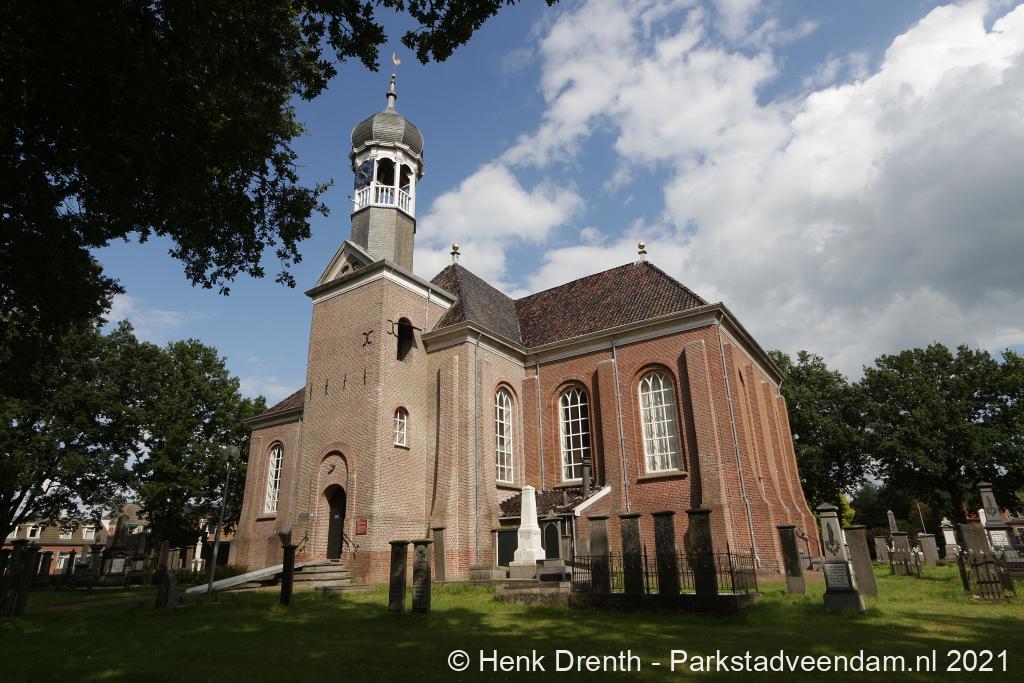 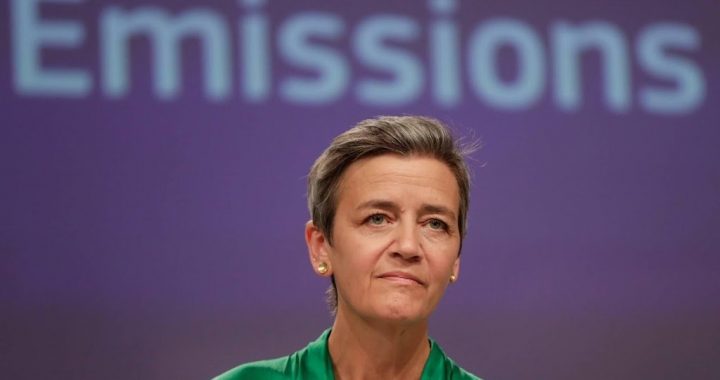