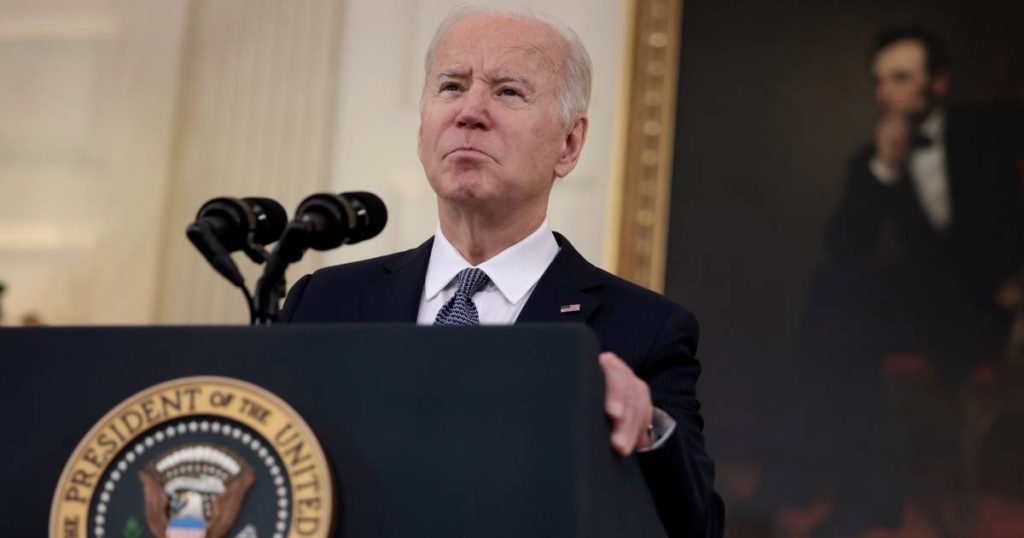 VideoUS President Joe Biden has dismissed the warning from his Russian counterpart Vladimir Putin that Western support for Ukraine means a “red line”. Putin had warned that this would be his take on installing missile defense systems in Ukraine, but Biden said he had “no respect for anyone’s red lines.”

“We have known Russia’s actions for a long time and I expect to have a long discussion with Putin,” Biden said before leaving for Camp David this weekend. Biden and Putin are scheduled to meet next week.

Biden says he’s working with European allies to prevent a Russian attack on Ukraine. “I am preparing a series of initiatives which I think are very comprehensive and important, and which will make Putin very, very difficult to do what people think he is going to do.”

There are fears of a Russian invasion of Ukraine. The two countries have concentrated large numbers of troops on their respective borders. About 125,000 Ukrainian soldiers are at some distance from 100,000 Russian soldiers.

“The Russians are planning a raid”

The American newspaper The Washington Post writes that Russia would prepare to invade Ukraine early next year with more than 175,000 troops. The newspaper reports this based on a US intelligence document and conversations with anonymous sources.

US intelligence services expect the Russians to increase the current number of troops to 175,000. In the coming period, the Americans expect Russia to continue moving troops “to obscure intentions and create uncertainty “.