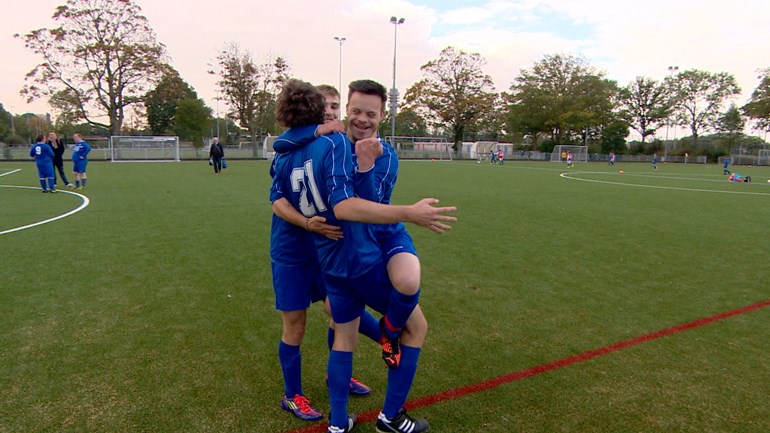 SSV have two G teams this season and the club are proud of them. “It shouldn’t be special,” says Ferdinand Langedijk, member of the board of directors. “We are contributing to society in this beautiful way. And when I see our G teams playing football on Saturday morning, I always love to see him again.”

SSV’s ‘G1’ and ‘G2’ compete regularly in the competition. Just before kick-off, coach Cor Fieret calls it “the game of the year”. Although there is no question of rivalry, Langedijk would like to see more different opponents for “his” boys. In addition to the SSV, only Walcheren, Terneuzense Boys and Axel still participate in the G competition in Zealand.

The G teams have disappeared at FC Dauwendaele, Zierikzee and Clinge in recent years. According to the sports organization SportZeeland, this has to do with competition from other sports, such as tennis G and korfball G. Moreover, according to SportZeeland, there are fewer people with intellectual disabilities in Zeeland than before.

Due to the disappearance of the teams, players from all over come to the SSV to play G-football. “We have two boys from Dreischor and Zierikzee playing Goes because G-football in Schouwen is gone,” President Tim Joosse said.

Youth is the future

At SSV, they are not worried. “I see the future of G football in a positive light,” says Langedijk. He believes the club will continue to play with two teams in the years to come. But for the sport to develop, clubs must join forces. “We would also like to play with a youth team, but this is only possible if a competition can be organized. Preferably with teams from Zeeland.”

In Zeelandia Middelburg, Luctor Heinkenszand and WHS in Sint-Annaland, among others, activities are organized for G football players, but the clubs have not (yet) registered a G team with the KNVB. Each year SV Nieuwdorp and SVV’65 also organize special activities, such as a tournament, for G.