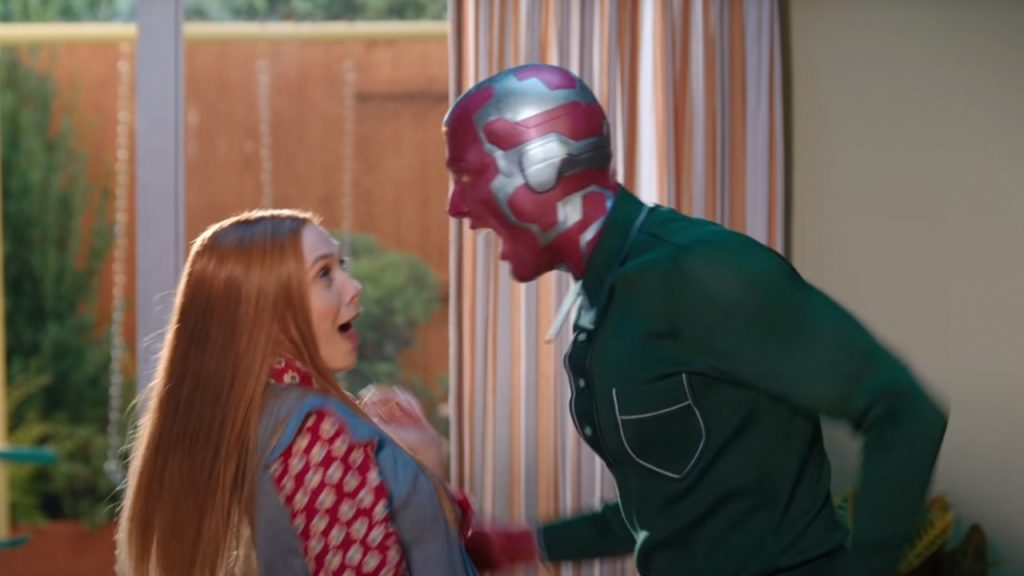 Coming Friday WandaVision airs on Disney +. The TV series is the reboot of the Marvel Cinematic Universe in the coming year. But do you like this one too?

The good news is, it appears to be. There are a number of critics in the United States who have been granted permission to see the first three episodes. Although there is an embargo on the reviews, they were already allowed to respond on social media. And it looks good.

First reactions
Marvel Studios, it seems, has developed a mystery that unfolds very calmly. This is according to one of the critics “a fascinating experience reminiscent of Lynch, and almost obnoxiously devoted to slowly playing the mystery.”

Another reviewer is delighted with the news Marvel Studios is trying: “The first three episodes of WandaVision brought a great creative touch to the sitcom format, making it a very intriguing seasonal debut.

In short: it looks like Marvel Studios is bringing something completely new that is really popular with critics. We must of course still await the first reactions of the general public.

Expect the unexpected in #WandaVision. #MarvelStudios change the game with this genre series! Each episode feels like a page turn from a comic book that I didn’t want to give up. This is how you launch our first #DisneyMore #MCU to show. Welcome to the new era of the MCU! pic.twitter.com/8rSULQ4fZ6

Elizabeth Olsen and Paul Bettany deliver their best performances in the MCU while Teyonah Parris shines in every scene she finds herself in.

The series serves as a magnificent return to the MCU while also forging its own path. pic.twitter.com/IzZCIrSyT9

WANDAVISION is a tantalizing experience with undertones of Lynch almost irritatingly devoting herself to slowly playing out her mystery. (I wanted more!) But a surprise: it’s funny! Jokes feel right at home in the world of I LOVE LUCY / BEWITCHED tributes, Paul Bettany is a comedy star pic.twitter.com/ulKuupVgmH

Watched the first 3 episodes of #WandaVision yesterday. It’s weird and hilarious in a way that Marvel isn’t allowed to attempt, but they succeed nonetheless. Then it sprinkles just enough mystery to keep you speculating and mesmerized. I’m so excited to see how far this can go. pic.twitter.com/7PIFQiUNxF

Saw the first 3 episodes of #WandaVision & fell madly in love with the style, tone and storytelling. A truly unique and interesting setting to see two extremely powerful superheroes. So much charm, danger and awesome Easter eggs. Fantastic practical effects and changes in aspect ratio. Love. pic.twitter.com/MUD0qpZNQx

Also, after seeing the first 3 episodes I only get a glimpse of what’s really going on and I’m so excited to see where it is.