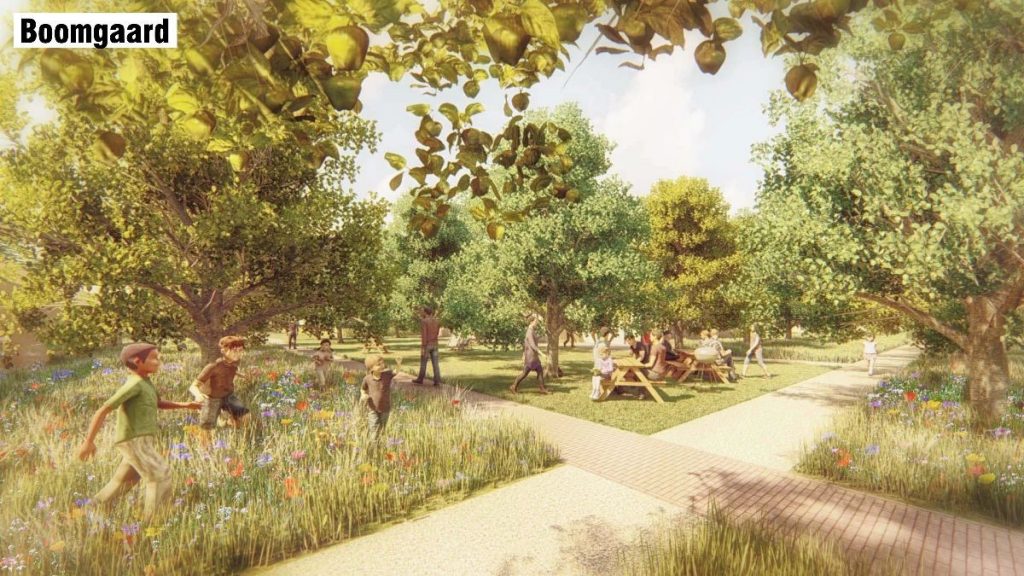 The development of Landgoed Voorlei on the Veursestraatweg in Leidschendam will start slowly in the coming months. In the meantime, further preparations are underway to enable the realization, including a recently requested operating permit. The zoning plan was approved earlier this spring.

Landgoed Voorlei, better known as Schakenbosch, is located in the area of ​​the historic estate. A wooded area between the Vliet and the edge of the dunes where the rich owned their country estates in the 17th and 18th centuries. The ideas for Landgoed Voorlei are inspired by this Dutch landscape architecture. In addition to the space for (additional) greenery and the restoration of several existing monumental buildings on the site, there is also room for new constructions in the plan.

Unique place
“It creates a beautiful combination of heritage with new architecture in a place where nature retains the upper hand,” said project manager Arjen Mulder of the development combination Borghese Real Estate and Kondor Wessels Projects. At Landgoed Voorlei, you will soon be living in the midst of greenery, between flower fields, orchards, vegetable gardens and fruit gardens. A truly unique place in the Hague area.

But before that happens, there is still a long way to go. Consider archaeological research and adapting existing greenery to make way for new waterways and roads and future buildings. In this context, a second operating permit was recently requested from the municipality of Leidschendam-Voorburg.

This app includes all trees that need to be felled or moved. The existing greenery gives way to new greenery. At least one new tree will be planted for each tree to be felled. In general, trees of better quality and longer life.