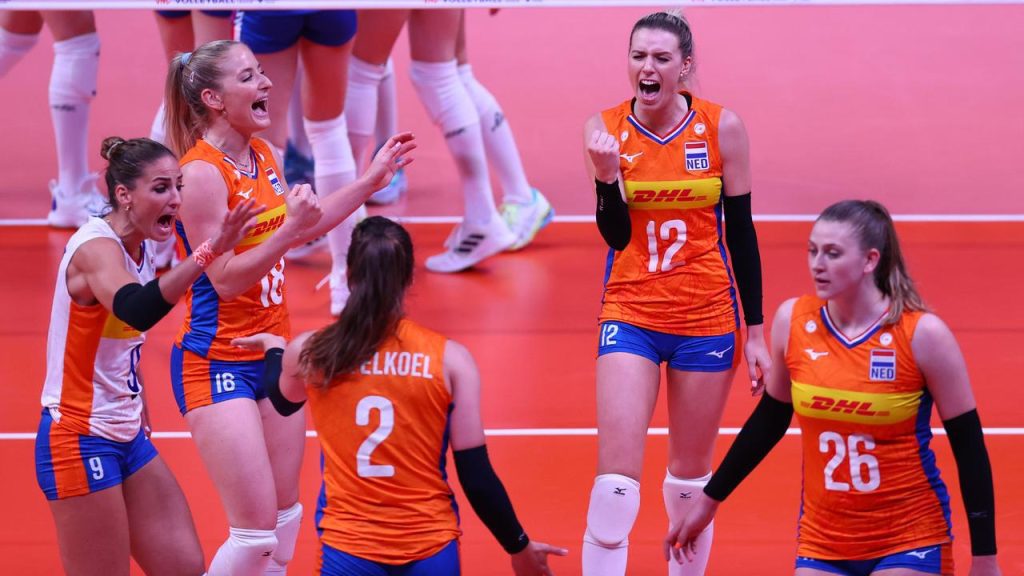 The Netherlands will host the Women’s Volleyball World Cup for the first time from Friday, along with Poland. The rejuvenated Orange are not one of the favorites for the title, but the players will be hoping to create an upset with the help of the home crowd. Like at the 2015 European Championship.

At the end of a press moment at the players’ hotel in Apeldoorn, Celeste Plak sees for the first time on a photographer’s camera images of the GelreDome volleyball stadium built especially for the Cup of the world. “It looks really crazy,” says the experienced diagonal striker. “I’m really looking forward to training there for the first time on Thursday.”

Plak, 26, is one of four players in national coach Avital Selinger’s 14-man World Cup squad who was also there seven years ago at the European Championship in the Netherlands. Orange then reached the final as underdogs, in which Russia were 3-0 too strong. With nearly eleven thousand spectators, the final battle in Rotterdam Ahoy is the most attended volleyball match ever held in the Netherlands.

“I have so many great memories of this European Championship,” said 32-year-old playmaker Laura Dijkema. “I will never forget the reaction of the public after our point won in the semi-final against Turkey. I expect the fans to give us a boost again in the coming weeks at the World Cup It’s a kick like for every point you get Makes loud cheers.

Orange wants to reach the quarter-finals of the World Cup

The 2015 European Championship marked the start of a booming period for Dutch women’s volleyball. In 2016, Orange came very close to a medal in the first Olympic appearance in twenty years, but the United States were too strong in the battle for bronze. A year later, the team of world stars such as Lonneke Slöetjes and Robin de Kruijf again won European Championship silver, after which the 2018 World Cup resulted in fourth place.

“We’re here with a new group, with six World Cup debutantes,” said Selinger, who previously served as Orange Women’s national coach at the 2006 (eighth) and 2010 (eleventh) World Cups. “We are not yet among the favorites. But if all goes well, we should be able to reach the quarter-finals. And in this phase, anything is possible.”

Especially if the Netherlands can do something more thanks to the support of the local public. “It’s fantastic to play in our own country,” says Selinger. “I think during the team meeting with the players on Wednesday, the penny dropped that something very special is coming, although we don’t know exactly what yet. But I think it will exceed our wildest dreams. crazy.”

Anne Buijs secretly dreams of a medal on her fourth World Cup appearance. “Of course, you always play for that,” says the captain of Orange. “But we are not among the teams that have to be on the podium. Our tournament is successful if we rise above ourselves and can surprise the world.”

World Cup program in the Netherlands