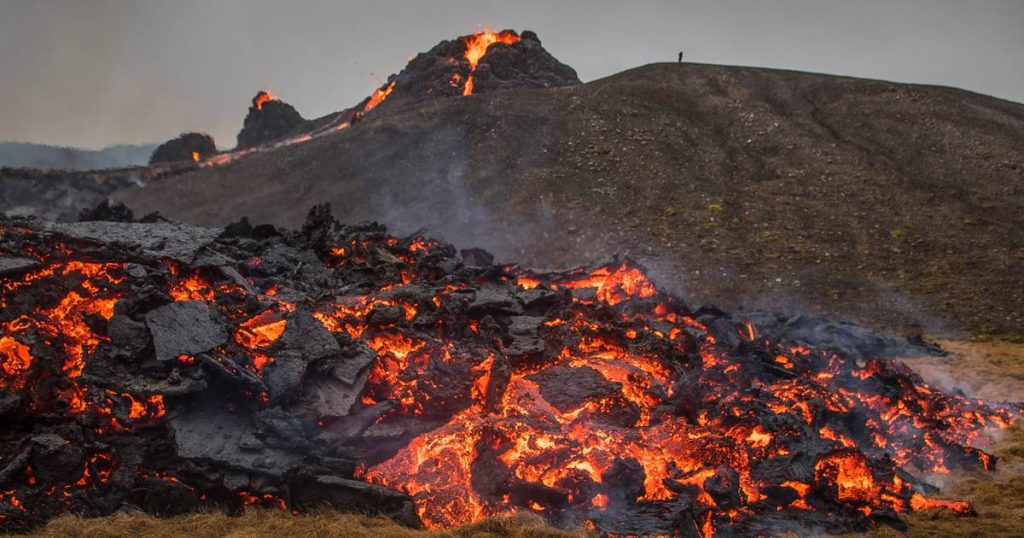 A volcanic eruption takes place in Iceland not far from Mount Fagradalsfjall where a volcano was active for six months last year. Footage shows lava flowing from a crack in the ground.

The eruption is located on the southwestern peninsula of Reykjanes, about 40 kilometers from the capital Reykjavik. There has been a lot of seismic activity over the past few days. About 10,000 earthquakes have been recorded in the region since Saturday, according to the Norwegian Meteorological Service.

The island state’s Civil Defense is asking people to be careful and not enter the area, local media report. Scientists are on the way by helicopter to assess the situation. A prominent volcanologist said the fissure is several hundred meters long, but it is still difficult to estimate the size of the eruption.

The Foreign Office said the risk to populated areas and important infrastructure is estimated to be very low. The country’s main airport is located on the peninsula, but there is no disruption to air traffic yet.

Before last year’s eruption, it had been nearly 800 years since a volcano had been active on Reykjanes. Iceland has thirty volcanic systems and over six hundred hot springs. The country is one of the most geologically active places on Earth.

In April 2010, the volcano erupted under the Eyjafjallajökull glacier. Thousands of flights were canceled as a result. Airlines and airports have suffered billions in losses.