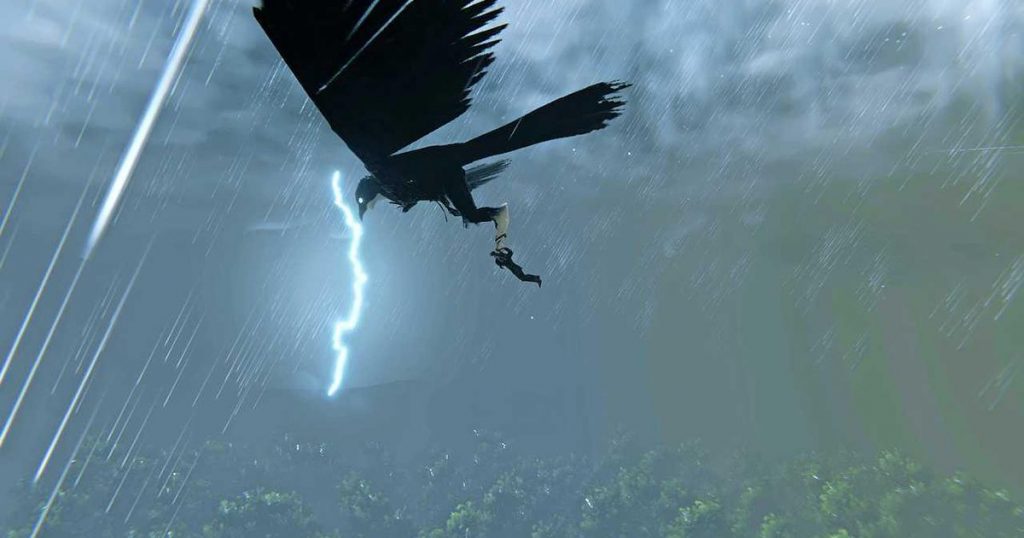 This game, in which players must survive, has been available since February and is still in development. Playable on PC, Valheim is one of the most popular games around. And while there is still work to be done, many gamers spend hours behind their keyboard.

Valheim is like a good movie in which various ingredients are mixed together to achieve a great result: a little bit of survival, a little bit of exploration, and a little bit of role-playing. Swedish studio Iron Gate Studio is responsible for this surprising combination, since normally video game players are given one of these two ingredients, or a maximum of two. The game is not yet officially released, but in Early access. This means that the title is for sale and therefore playable, but that a lot of things will change in the near future. For example, Iron Gate has released a preview of the areas and enemies that will be added to the game this year.

Players will dive into a world where dead Viking warriors meet as they must prove themselves before they can enter Valhalla Heaven. They have to do this by fighting the various monsters and defeating the enemies of Odin who are invading the land. Valheim is a procedurally generated world, with different domains. You start in the relatively peaceful meadows, after which you can head to the Black Forest. There are currently nine different areas in total, each with more difficult and less difficult enemies, and their own resources.

Construction is also essential to stay alive; To maintain your stamina, you will need to keep your character warm near the fire at night, and you will always be on the lookout for enough food so that you don’t starve.

At first glance, Valheim doesn’t seem very special. Graphically, the game isn’t much, but it uses simple, cartoon-like images. Once you get used to it, you will find that the game is sometimes beautiful. Especially the starry sky is a pleasure to watch. Some parts of the game are pixelated so that it is sometimes difficult to distinguish the parts; iron is difficult to find, for example, because it is lost in the environment.

The game won’t be a big challenge for veterans of other role-playing games (RPGs). Valheim is accessible and you can make it as difficult as you want. Some of the patterns will provide a challenge, but these can also be done well with a little practice. The funniest way to play this game is with friends; it is possible to create a server where you can play with up to ten other players. It’s actually how you can experience the funniest and funniest things in the game.

The charm of Valheim is not to play through the story and defeat all the bosses as quickly as possible, even if it is done well. Most of the hours, and not enough, will be spent exploring your world, gathering resources, and building the greatest Viking houses. In this regard, Valheim is comparable and almost as addicting as Minecraft. A sort of virtual LEGO.

+ Sometimes the game is beautiful

– Maybe a little easy for veterans

Valheim is an extremely addicting game where you always want to finish one last thing before you stop. Along with the hours you can spend defeating enemies, you can spend a lot more time exploring and building. Just make sure to get a few friends together to get the most out of the game. You also prefer to watch a good Viking series with friends rather than alone!

There are some small drawbacks, like the sometimes too low graphic and the low difficulty, especially at the beginning. But those drawbacks certainly don’t outweigh the fact that you can easily walk into Valheim to immerse yourself in the world. It’s also important to remember that Valheim is still in development, and many more will change and be added in the near future. With that in mind, we can’t help but bow to some cool Viking culture. Odin will be proud of it.

This journal is in collaboration with XGN.NL.