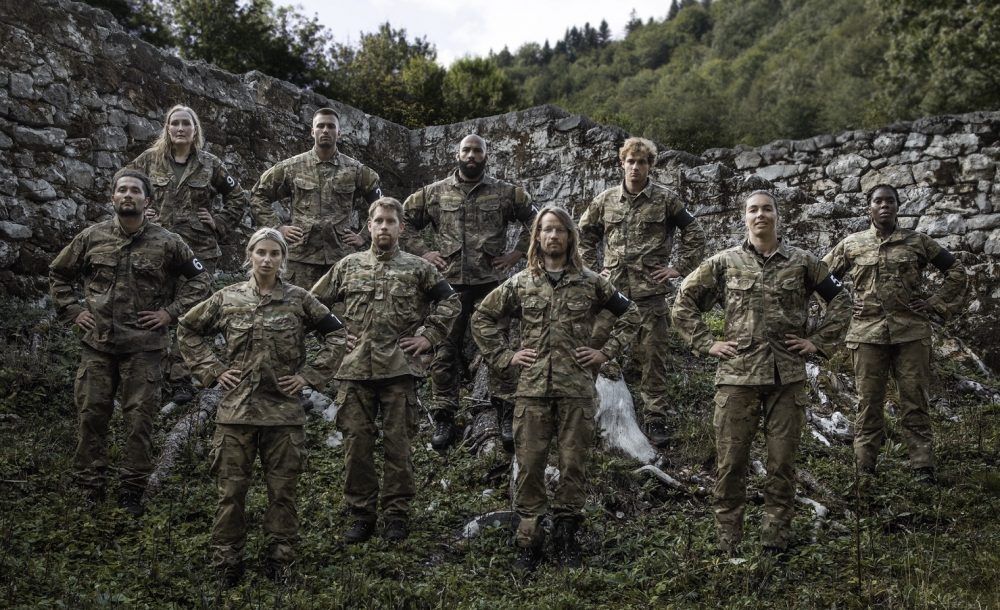 Ten celebrities completely give up control and participate in difficult special forces training. They literally put everything back; their luxuries, possessions, personality, ego and status. For two weeks, they join the Special Forces to undergo the most difficult military training and discover for themselves what a human being is capable of, push their limits and find themselves facing their worst fears. Slovenia is the setting for this very first Dutch season of Special forces vip and the program can be seen at Videoland from December 19th. The first episode can also be seen as Videoland Premiere on RTL 4 on Sunday December 19 at 9:30 p.m.

Special forces vip is based on the international format SAS Celebrity: Who dares to win, which works in England, the United States and France, among others. It is about the spirit above the muscle and the performance where the interest of the group is above all that of the individuals. In the Netherlands, Dutch celebrities undergo special forces training for two weeks. Erik Wegewijs, former Special Forces officer, explains the purpose of this program:

“The world in which Special Forces operate is fragile, unpredictable, complex and multifaceted. Properties like mental resilience and adaptability are essential here. In Special Forces VIPS, we mainly zoom in on the behavior of participants when they are under constant pressure, without status, without security and without support. We determine for them when, how and why they leave their comfort zone. The question is whether they are able to think for themselves here, or whether they are guided by emotion. Do they have mental qualities that special forces operators also have? “

The Netherlands Special Forces are formed by the Korps Commandotroepen (KCT) and a maritime component made up of Maritime Special Operation Forces (MARSOF). Special forces are ready for operational deployment 365 days a year, 24 hours a day, anywhere in the world. Special Forces Operators are individual team players. They can work both in groups and individually. The staff are specially selected and specially trained and trained. They are physically fit, mentally resilient and adapt to any situation. Other characteristics are tenacity, combat readiness and camaraderie.

Special forces vip is produced by SimpelZodiak, a Banijay Benelux label, and can be seen at Videoland from December 19th. Starting December 27, the episode will be released weekly on Monday. Videoland Première: Specials Forces VIPS to see once Sunday evening December 19 at 9:30 p.m. on RTL 4.

Do you want to be kept informed of the latest news throughout the week? So keep an eye on our page or follow Entertainment Corner Facebook, Instagram, Twitter to Pinterest. This way you stay informed with the latest news regarding your favorite movies and series.