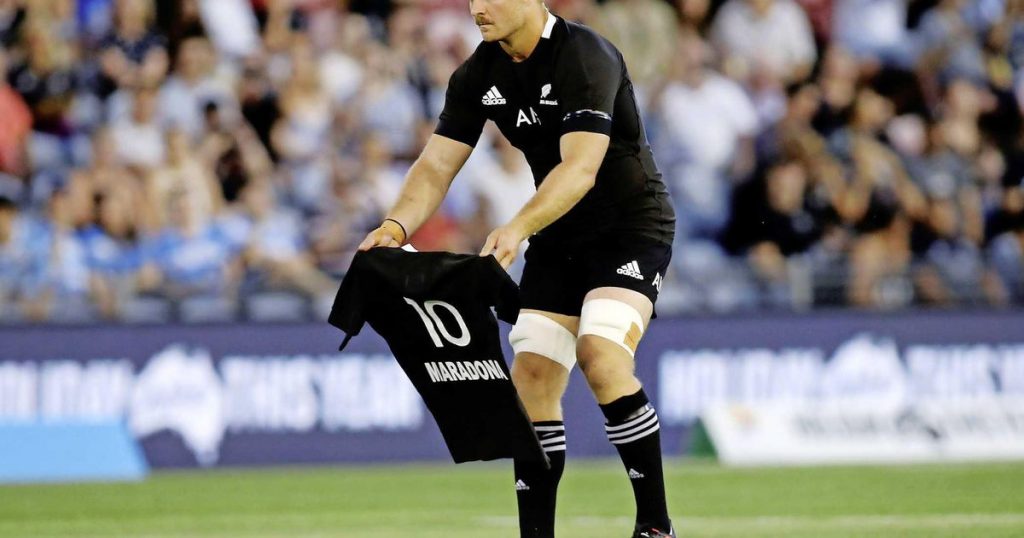 Ahead of their game against Argentina, Sam Cane, captain of the All Blacks, donned a New Zealand jersey with the name of the football hero who died on Wednesday and the number 10 between the teams that faced each other.

It happened in Newcastle, north of Sydney, where the two teams met in the Tri Nations tournament. It had been suggested that Argentines star Nicolas Sanchez would no longer play with the number 10 shirt. But the star of the previous match between the two countries, which the Pumas won in a very surprising way, was wearing his familiar shirt.

“I think Maradona is a legend for everyone, but in Argentina he was almost a god,” Argentina coach Mario Ledesma, 84 times international, said shortly before the game. Maradona was a big rugby fan and Ledesma met him on several occasions.

New Zealand also took revenge for the previous 25-15 loss, the Argentines’ first-ever victory against the All Blacks. This time they won convincingly: 38-0.