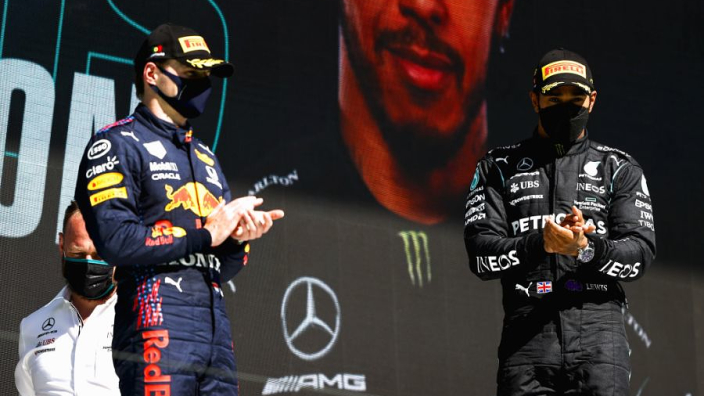 Max Verstappen has a lot of confidence in Lewis Hamilton and therefore dares to compete well with his competitor. Hamilton agrees with these statements and points out that they have no plans to get closer.

The Formula 1 season has only three races, but it must be clear that it is very exciting in the standings and on the track. Hamilton and Verstappen are very well suited and have already provided good fights in recent races. With twenty races remaining on the calendar, Verstappen is eight points behind in the championship, which means anything can happen. Both drive wheel to wheel regularly, but never seem to go too far. “Yeah, that’s really cool,” Verstappen said of it at Sunday’s press conference.

Up to the limit

“Especially if you are racing with a rider where you know you can go to the limit,” said the Dutchman. “Then you can trust each other and run really hard. I think it’s still good. You can also see that in the three races we’ve had. We kept getting closer to each other, but it was was always predictable. Lewis did it. “Oh, we’re going to crash now,” or something. I still have full confidence in Lewis that we’ll give ourselves enough space, “Verstappen concluded.

Hamilton is behind Verstappen

“Yes, I agree,” Hamilton replies. “It’s all about respect, of course. I think we run really hard, but fair. I also think that’s what great races and good drivers are. Racing,” said Hamilton. “But I don’t think any of us intend to get any closer than we have been,” Hamilton concluded.