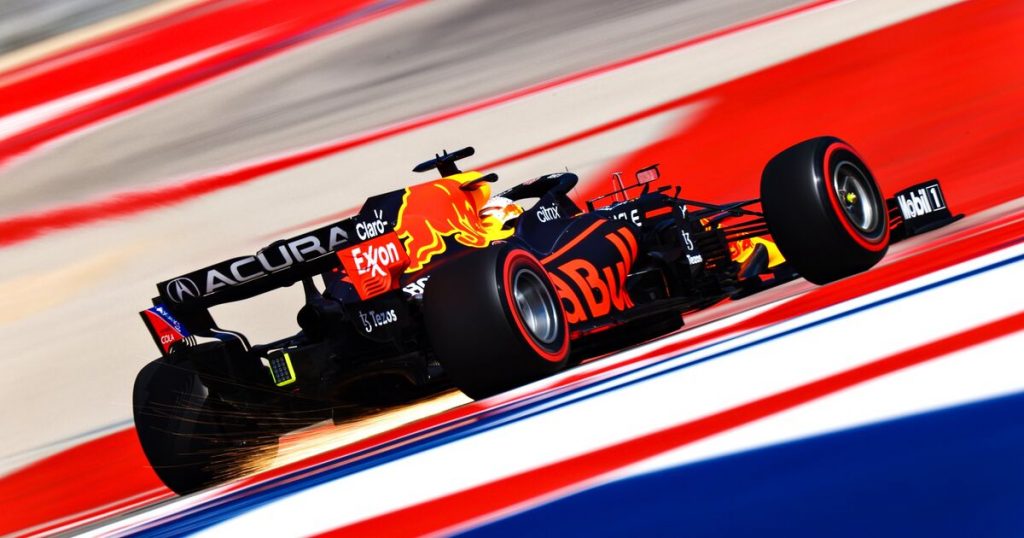 Quiet start of the third formation

It took a long time to see the action on the track in the third free practice session at the Circuit of the Americas. After fifteen minutes we saw some serious action on the track for the first time, but the majority of the drivers were still standing quietly next to their cars in the pit area.

Lewis Hamilton opened the ball on the soft tire with a 1.35.8. His time was improved by just under two tenths by Sergio Perez, while Max Verstappen was still in the pits. With 40 minutes remaining we saw the Dutchman on the track for the first time. At that time by Valtteri Bottas just under Perez’s time.

Hamilton picked up the pace a bit on a new set of soft tires. Verstappen had an excellent first run, sinking nearly four tenths below the fastest time around, driven by Hamilton.

Bottas, who had to give up his best time due to overshooting the track limits, spun again on the soft tire. As a result, he was in last place at mid-session.

In the lead, Verstappen was joined by Perez, but in a new lap the Dutchman improved his own time considerably, to 1.34.9. This left him three tenths behind his teammate and six tenths behind Hamilton. Both Ferraris and McLarens got off to a good start to the second place.

In a third attempt, Bottas finally managed to put time on a new set of soft tires. He approached Verstappen’s time to a tenth. However, it was Carlos Sainz who showed that he could go a little faster by setting the best time with his Ferrari.

Verstappen and Hamilton have to give up quick time

We had to wait for the qualifying rounds of Verstappen and Hamilton in the final phase of the third training session. Perez restored the pecking order by diving under Sainz’s time, but it was Verstappen who in turn plunged three-tenths below Perez’s time. In turn 19, the Dutchman came off the track on four wheels, robbing him of his fastest lap.

Hamilton also completed one lap and was two tenths faster than Perez, but overstepped the track on Turn 9 and he too had to surrender his lap time. Another quick lap was not possible for Verstappen due to the traffic. Hamilton also decided to leave it there.

This meant Perez was the fastest man ahead of Sainz and Verstappen. The Mercedes occupied the fifth (Bottas) and eighth (Hamilton) positions.