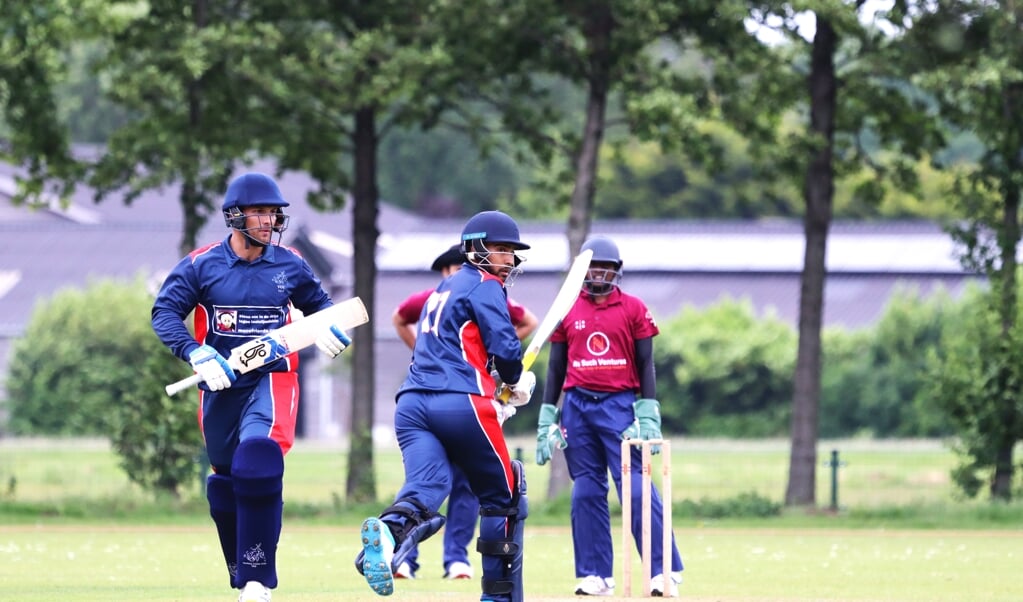 
Voorburg – Due to persistent rain, VCC failed to score against visitors Salland on Whit Monday, although South African international Janneman Malan (113 not out) netted in his first century.

Last week, several other VCC players had already shown their best team in the three World Cup qualifiers against the best country in the Antilles.

‘West Indies’ is not really a country, but a set of players from about fifteen (is)lands of the Caribbean, including Jamaica, Barbados and Trinidad & Tobago. The collective Test Matches team has played under the name “West Indies” since 1928.

Previous encounters with the Netherlands in 2007, 2011 and 2018 always ended in easy wins for the ‘Windies’. This year, however, the Netherlands, who didn’t even have access to their professionals who play in England, played fantastic cricket against the visitors.

In the first game, the Netherlands scored 240 points. Due to the rain, the Windies’ goal was slightly higher: 249. They didn’t reach that goal until the penultimate round. The VCC player Van Beek was the top Dutch bowler with 2-49.

In game two, Orange came out at 214. West Indies did so with a few overs to go. The VCC Bas player from Leede was the top Dutch bowler with 2-46. Young VCC footman Shariz Ahmad (1-28) took the wicket from Kyle Mayers.

In the third and final game (308 – 288) Bas de Leede was again the Dutch bowler with the best numbers (1-34). Additionally, he grabbed a world catch in the outfield and made 25 runs in the run which ultimately fell short.

VCC players Musa Ahmad and Logan van Beek completed 42 and 15 runs respectively. For Musa, it was his best score for Team Orange in a One Day International.

On June 17, 19 and 22, the Netherlands will play three more one-day matches against England in Amstelveen, also for World Cup qualification. Between 12,000 and 15,000 spectators are expected.