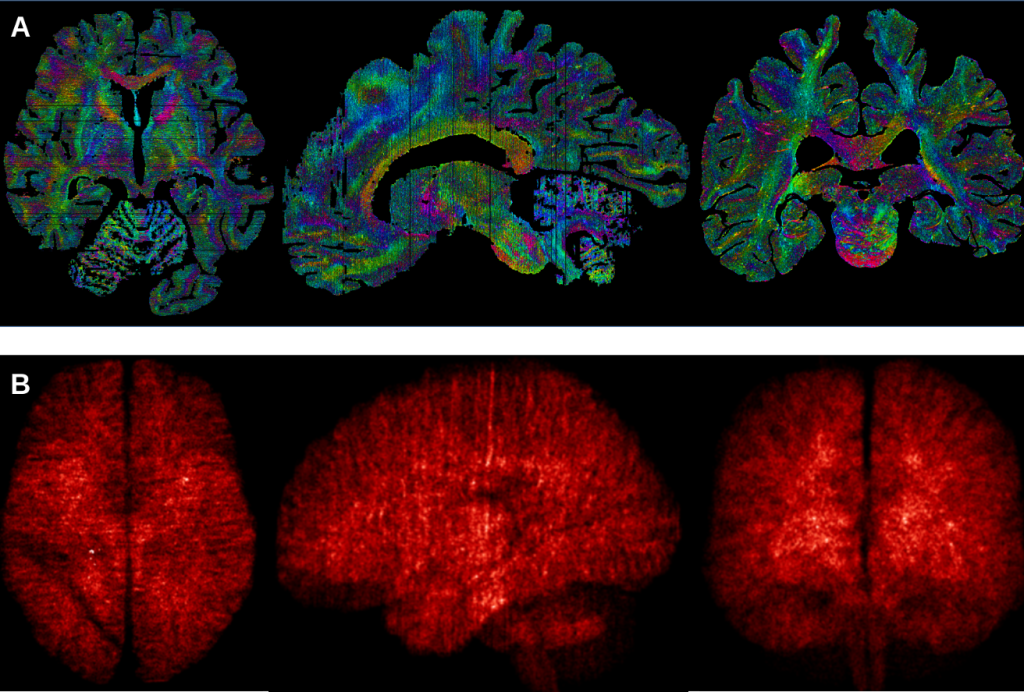 Complete mapping of the human brain has been an important goal of neuroanatomy from the beginning. Non-invasive imaging techniques such as MRI allow the living brain to be examined, but with a limited amount of anatomical detail. More detail can be obtained by looking at the brain under a microscope, but this is only possible with the brain of the deceased. Combining MRI and microscopy has proven to be a scientific tour de force. UvA scientists, in collaboration with an international team, have now succeeded in closing this gap. The result is a 3D image of two whole brains with an unprecedented level of detail. The results were published Wednesday, April 27 in the journal Science Advances.

UvA researchers have collaborated for more than five years to bridge the gap between ultra-high MRI and microscopy approaches to creating images of the brain. Two sets of human brains donated to science were placed in the MRI scanner for 21 hours, then sliced ​​and examined under a microscope. Study data from MRI and microscopy were combined, resulting in images of the brain that allow study to a level of detail of 200 mm (0.2 mm).

Virtual brain dissections
“We are excited about the new initiatives that will make our results possible,” says UvA team member Anneke Alkemade. “Teachers can use the datasets, for example, for neuroanatomy training and virtual brain dissections. And the ability to compare MRI results with specific proteins visualized by microscopy gives researchers greater insight into poorly understood MRI observations, as well as providing more anatomical detail in small brain structures.

Picture by picture
The researchers used a 7 Tesla ultra-high field MRI system. It has a stronger magnet than MRI systems normally used in hospitals. The MRI software was programmed by the researchers specifically for the study to take into account the differences between living and preserved tissue. During tissue sectioning, each brain slice was individually photographed so that it could then be used to digitally correct for tissue deformity in the microscopy slides. The brain slices were dragged on specially ordered glass slides and processed with custom lab equipment.

After digitizing all the microscopy data, the researchers developed new algorithms to correct tissue deformation resulting from tissue cutting and staining. After weeks of nonstop calculations, the team was finally able to create full 3D reconstructions of the two donated sets of brains.

Open Science
In accordance with the principles of open science, the team has made all data freely available. Interested scientists and research institutes around the world can now travel through the 3D reconstructions of the human brain.