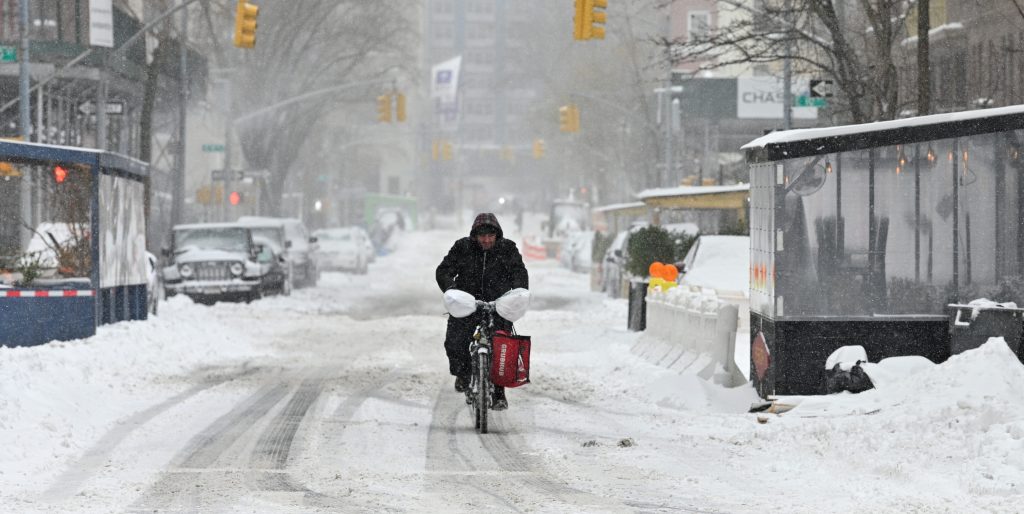 The United States is hit by the biggest snowstorm in years. The cold is reaching even usually sunny Florida and it presents a strange problem.

The American NWS weather service warns that iguanas may fall from trees due to the sudden cold. The cold can paralyze iguanas and cause them to lose their grip and fall.

Watch your friends in Florida, because they have cold air.

Times will hit the 30s and 40s tomorrow. It is expected to be South Florida’s coldest day in four years. pic.twitter.com/3CMzRqnOk6

Much of the northeastern United States was hit by a snowstorm. Major cities like New York and Boston are particularly affected by the storm. It’s the biggest winter storm in the United States in years, bringing traffic chaos and power outages to an area where some 70 million people live.

More than half a meter of snow fell yesterday in the most affected regions, in the states of New York and Massachusetts. More than 95,000 Massachusetts homes are currently without power and at least eight inches of snow have fallen in New York’s Central Park. A woman has died. It happened on Long Island, where the woman was found in her car by a snowblower.

On Friday and yesterday, 5,000 flights were canceled in the United States due to the snowstorm and more than 1,000 flights have already been canceled for today, according to the FlightAware site.

‘Naked Cowboy’ on the street in his underpants

Although people are advised to stay indoors as much as possible, not everyone noticed. That didn’t stop street artist Robert Burck from performing in the famous Times Square yesterday. He is better known in New York as the ‘Naked Cowboy’ and yesterday he stepped out in a cowboy hat and only briefs and boots to entertain tourists, but they were hard to find due to the snow storm.

Winter away: enjoy a sunny Sunday, because Monday will be nothing