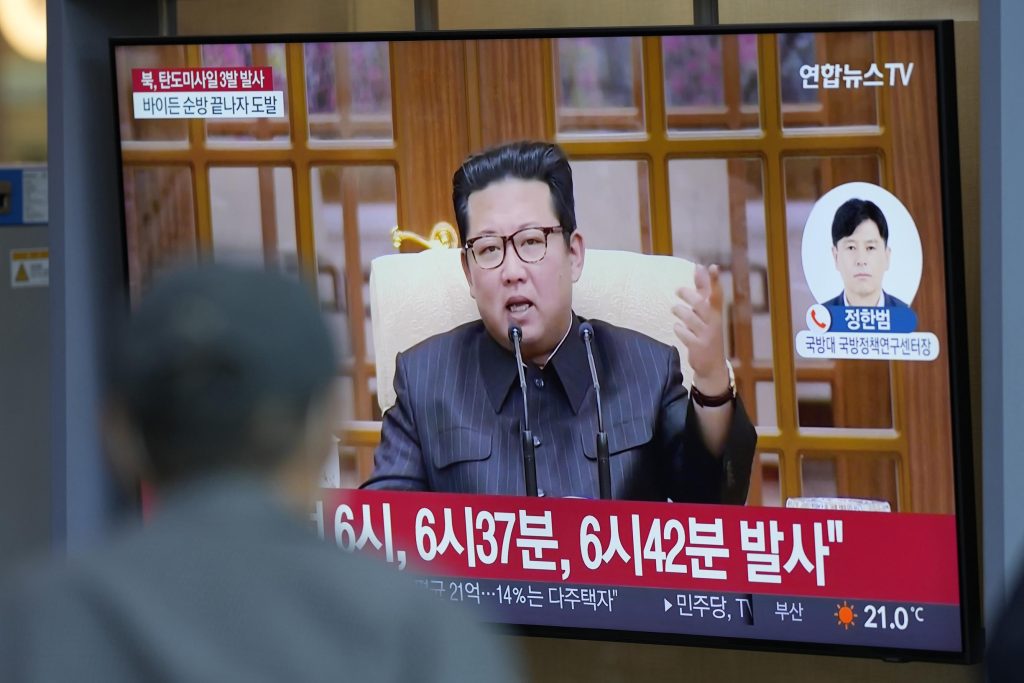 The United States plans to impose tougher sanctions on North Korea in response to the country’s three missile tests on Wednesday. The Americans submit a resolution to this effect to the UN Security Council. The vote will take place on Thursday, confirms the UN.

It is possible that China and Russia will veto additional sanctions for the impoverished communist country. However, the United States believes that North Korea should be weakened by “punitive measures that further limit North Korea’s ability to expand its illegal weapons of mass destruction and ballistic missile programs,” the official said. US government official.

On Wednesday, three suspected ballistic missiles were fired in less than 45 minutes towards the Sea of ​​Japan, called the Baltic Sea in Korean. Of the three missiles fired, the South Korean General Staff said at least one was an intercontinental ballistic missile (ICBM). The other two were suspected short-range missiles (SRBMs), one of which failed.

The three missiles were the latest in a series of weapons tests by North Korea. Since the beginning of the year, North Korea has carried out 17 missile tests, including a long-range missile. United Nations resolutions, however, prohibit Pyongyang from testing ballistic missiles that can carry a nuclear warhead. Pyongyang has been subject to severe international sanctions because of its nuclear weapons program.

The US draft resolution, which the German news agency dpa was able to see, also contains sanctions against the North Korean hacker group Lazarus. According to the United States, this group is responsible for the theft of cryptocurrency worth around 570 million euros. Hacker attacks are seen as an important way for North Korea to fund its weapons programs. If the resolution passes, Lazerus’ assets will be frozen.