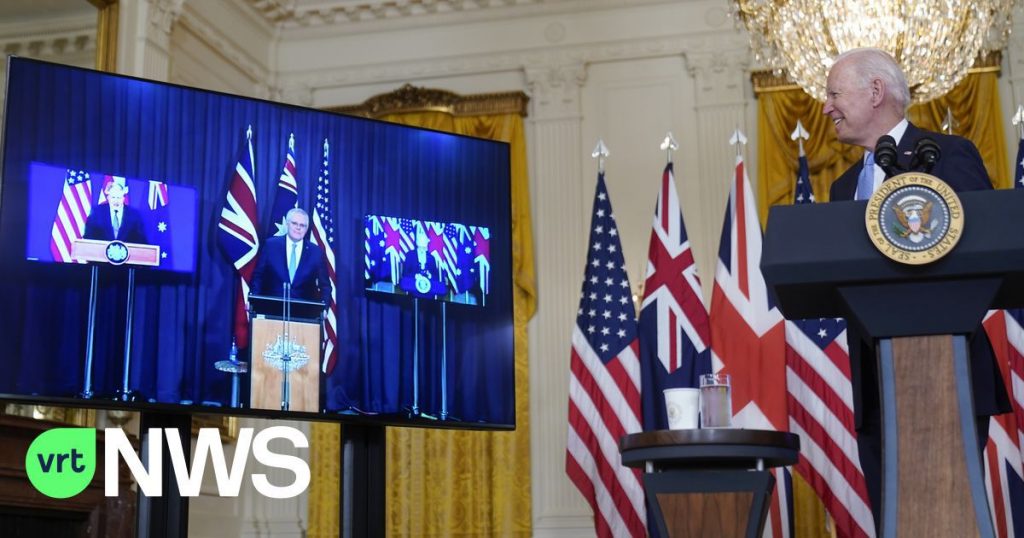 Together, but from a distance, each in their own country, US President Joe Biden, British Prime Minister Boris Johnson and Australian Prime Minister Scott Morrison held a press conference during which they presented the AUKUS Pact.

With this pact, the three countries want to further extend their military cooperation. They will share cutting-edge military technology, as well as their knowledge of artificial intelligence and cybertechnology. First, the US and UK will help Australia build new nuclear powered submarines.

The – maybe eight – new submarines will be built in the Australian city of Adelaide. Australian Prime Minister Morrison stressed that Australia did not intend to develop nuclear weapons.

Morrison spoke of an “improved” partnership. “A partnership where our technology, our scientists, our businesses and our military all work together to create a safer region from which everyone can benefit.”

British Prime Minister Johnson spoke of a “new chapter” in friendly relations between the countries. US President Biden called the pact “another historic milestone” in cooperation between the three countries, “as we all recognize the importance of ensuring long-term peace and stability around the Indian and Pacific Oceans” .