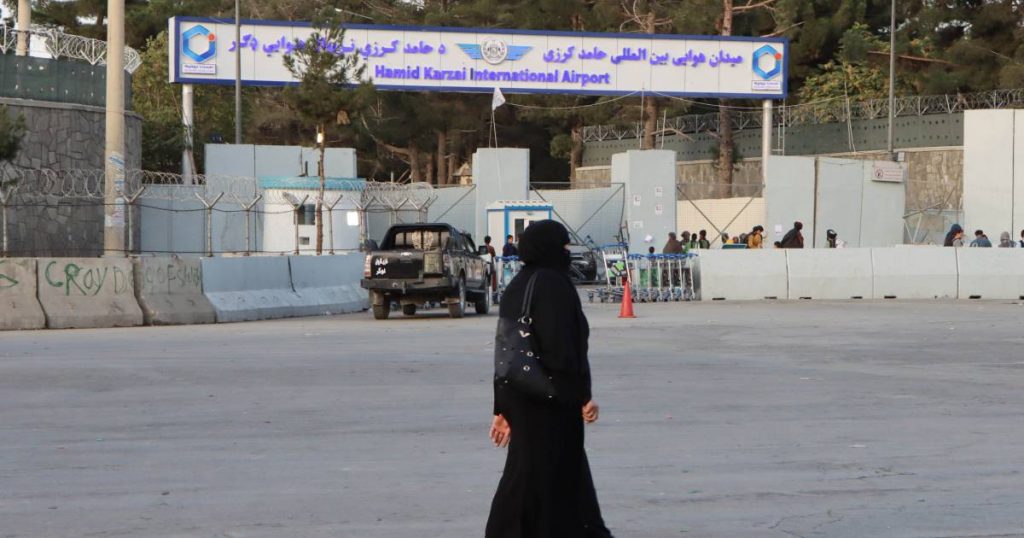 The Taliban promised to allow 100 countries, including the United States and the Netherlands, to leave Afghanistan. This also applies to those on the exit list to Afghanistan. The US State Department said A joint statement.

It is not clear from the report how they can leave the country. The Taliban says a group of passengers can travel to “departure destinations” in a “safe and orderly manner”, according to the U.S. Department of Defense. They are allowed to leave the country from that place.

“Along with a hundred countries, we will make every effort to allow the Dutch and Afghans who have worked for us to travel freely to places outside Afghanistan,” Foreign Minister Sikrit Gock replied. They respect their warranties and these groups can travel freely.

The details are still working

A Foreign Ministry spokesman said details of the exit of foreign and Afghan nationals were still being discovered. “This is a letter of intent.”

On Thursday, the Netherlands was forced to suspend the expulsion of Dutch nationals and Afghan aides who had served in the Dutch mission from Kabul. Most other countries have completed their expulsion missions. U.S. troops guarding an airport in the Afghan capital are due to leave the Taliban on August 31. Many who could not board a plane were left behind.

The Refugee Trust wants to expel sixty more people who work in the organization in Afghanistan and are on the high-risk list. A spokesman says it is about twenty employees and their relatives. “We’ve trying to get them out of the country. Flying is not the only option. There are other ways, really.”

The Refugee Trust operates in Afghanistan through two partner organizations. This includes cooperation with foreigners and Afghanistan. For example, in Afghanistan where the Taliban are now in power, the most vulnerable workers are the women, who have spoken clearly about the Taliban, who are more clearly Westernized, or who have served in the United Nations.

Unfortunately, we cannot display this social post, live blog or otherwise because it contains one or more social media elements. Accept social media cookies to show more of this content.

Watch our videos on the situation in Afghanistan here: