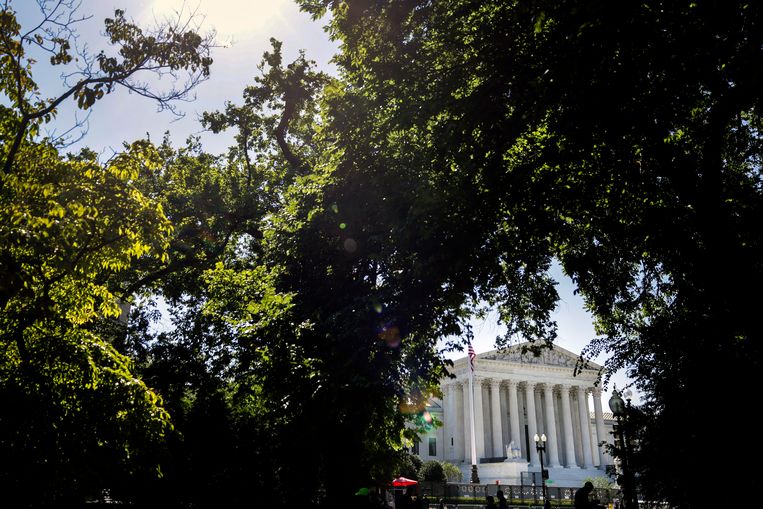 The Supreme Court voted six to three against the current law, which gives the US Environmental Protection Agency (EPA) control over maximum emissions from power plants across the country. This law was mainly aimed at reducing CO2emissions from coal-fired power plants, which provide about 20% of the United States’ electricity, in an effort to combat climate change.

The chief justices say the EPA should not impose restrictions on power plants without congressional approval. Decisions of such “economic and political significance” should not be left to an executive body, the Supreme Court said.

The decision is a blow to the Biden government’s ambitious climate plans. For example, the president is currently working on new laws that should make the energy sector completely emissions-free by 2035. This goal seems almost impossible to achieve now that the environmental agency’s options have been severely reduced. .

The case has been brought by 19 states and some of America’s largest fossil fuel companies. Prosecutors disagreed with former President Barack Obama’s greenhouse gas regulations and argued the environmental agency could not restrict the entire energy sector in a state . States feared, among other things, being forced to close coal-fired power plants.

The states that disagreed with the regulations are among the most polluting in the United States. Together they account for 44% of all emissions in the country and have done little to reduce them in recent years.

With states now having less incentive to buy into Biden’s climate goals, it’s likely to become much more difficult for the United States to meet international climate goals. President Biden just signed an executive order on his first day in the White House to get back into compliance with the Paris climate accord. His predecessor Trump had withdrawn from the treaty.

Other countries will also follow with interest the implications of the judges’ decision. The efforts of the United States, which is responsible for 14% of global CO2 emissions, has prompted many other industrialized countries to also begin reducing their emissions.

A White House spokesman called the judges’ decision “devastating.” “President Biden will not hesitate to use his powers to protect public health and address the climate crisis.” UN climate envoy Michael Bloomberg denounced the chief justice’s decision. He said the decision would “cost American lives and cause an enormous amount of avoidable suffering.”

The decision fits a pattern of the conservative majority on the Supreme Court standing in the way of Democratic President Biden. Last week, chief justices struck down the federal abortion law, likely making it illegal in half of US states.

Biden said earlier Thursday that he still wants to try to enshrine abortion rights across the United States. He favors an exception to US Senate rules to pass legislation that restores federal law. The question is whether it will work, as Democrats only have a slim majority and there is a split within the party over whether an exception to the rules is legitimate.