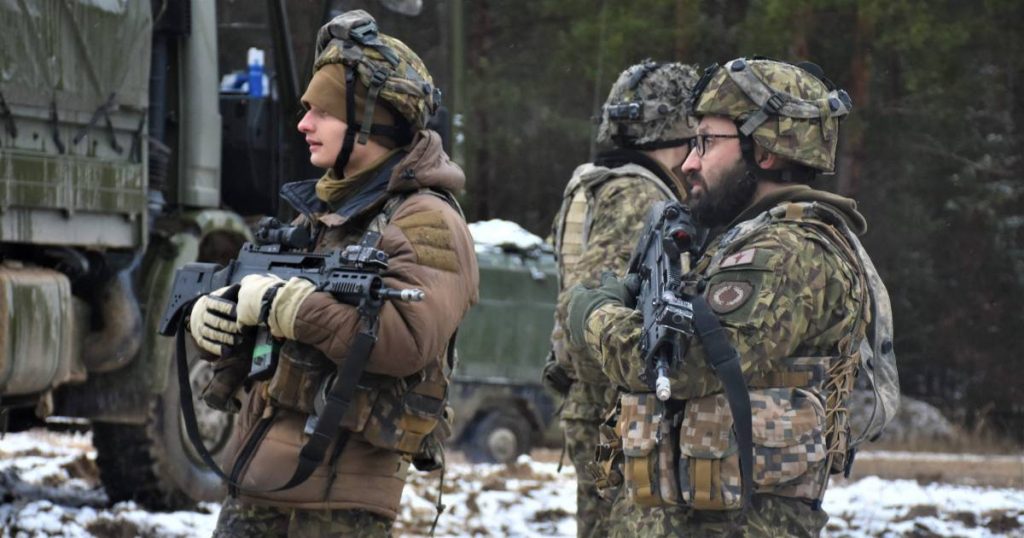 VideoThe United States is sending thousands of troops to Eastern Europe amid heightened tensions over Ukraine. The US Department of Defense confirms this after media reports. President Joe Biden announced in late January that he would send troops soon.

The 2,000 from North Carolina are added to the 8,500 American soldiers already ready to be deployed in Eastern Europe. This is in case the troops are needed quickly, for example during a Russian invasion of Ukraine.

The West fears that Russia will invade Ukraine, as some 100,000 Russian troops are believed to be stationed on the border. Russia denies the existence of such plans, but demands security guarantees. The country wants NATO troops out of Eastern Europe and Ukraine never to join NATO. The United States and NATO have already declared that they will not accept these requests.

The dispatch of thousands of soldiers should reassure the NATO allies, who are closely monitoring the reinforcement of Russian troops. The Americans want to avoid deploying their troops in Ukraine, but provide the country with weapons and training.

Biden also wants to use the move to impress upon the Kremlin that the United States is ready to take more military action if Russia continues to build up its troops and the crisis is not averted. “It’s important that we send a strong message to Mr. Putin and to the world that NATO is important to the United States and to all of our allies,” Pentagon spokesman John Kirby said.

Kirby does not exclude the possibility that the Americans send more soldiers. He hopes that Putin will eventually opt for a diplomatic solution. “We still don’t believe he made the decision to invade Ukraine.”