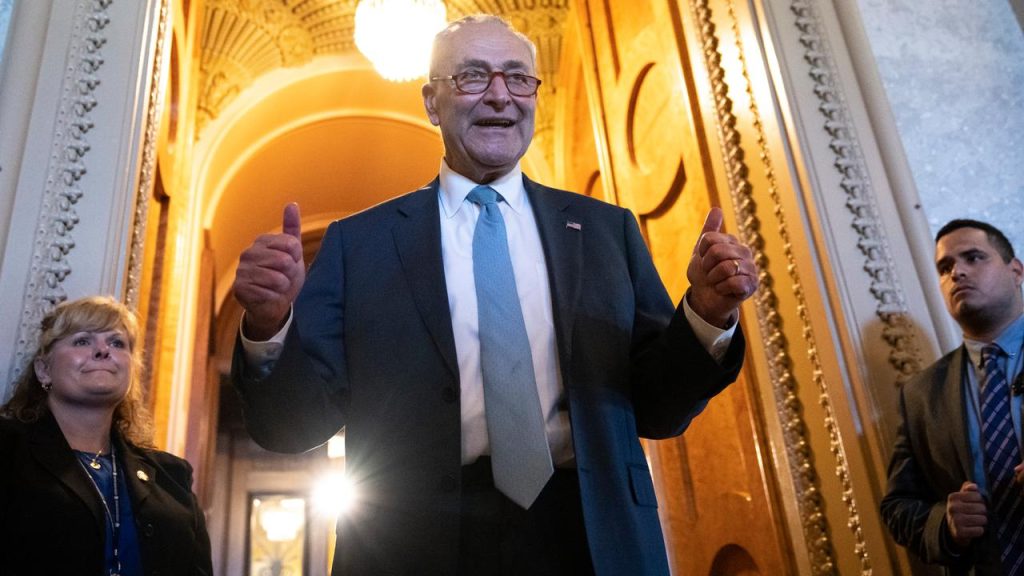 The US Senate on Sunday approved a huge package of measures worth 430 billion dollars (more than 422 billion euros). In the years to come, this money will mainly be spent on climate measures. Medicines will also become cheaper and there will be tax advantages for companies with climate-friendly initiatives.

The law is officially called the Inflation Reduction Act (law to limit inflation). The United States will use the money, among other things, to reduce CO2 emissions by 40% by 2030. In addition, Americans will pay less for necessary medicines and energy.

Americans can also apply for a grant to purchase solar panels and heat pumps. Companies that invest in clean energy and other climate-friendly initiatives can count on tax benefits.

After two days of debate, senators finally reached a vote on Sunday. It was fifty to fifty in the 100 senators, but Vice President Kamala Harris’ vote was decisive.

“With this package, we are taking a historic step for the American people. It is time to look to the future, and that is what we are doing with this decision,” said Chuck Schumer, the leader of the Democratic Senate group. .

The bill must again be passed by the House of Representatives, but this is only a formality. The Democrats are in the majority there and will vote on the proposal submitted by their party on Friday.

Getting the bill through the Senate is a big win for Democrats and President Joe Biden with the midterm elections fast approaching. The Democrats risk losing their majority in the House of Representatives in November.

Vice President Kamala Harris’ vote was decisive in the Senate.