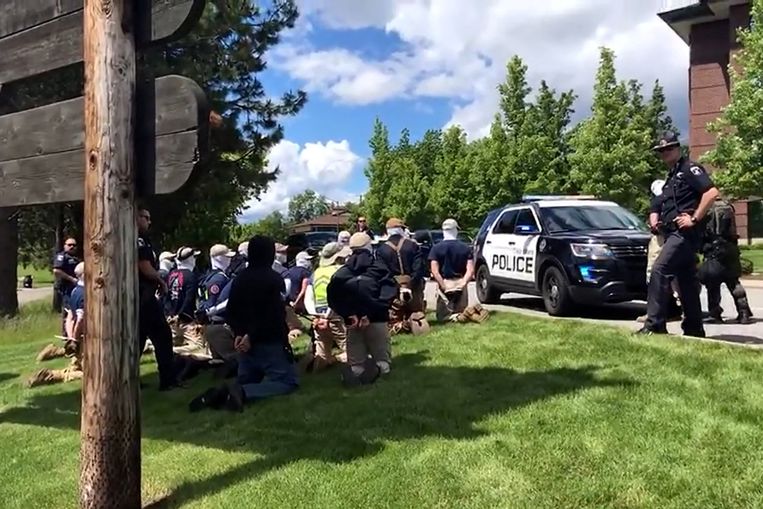 Members of the Patriot Front, a white nationalist group based on the theory that white culture is in danger of extinction, were in a moving van. Police stopped the vehicle after being alerted. The tipster saw the men in a hotel parking lot and reported that it looked like “a small army was loaded into the vehicle”.

The men, from 11 different states, wore hats with the Patriot Front logo. One of them was wearing a T-shirt that read “Reclaim America” ​​on it. Thomas Rousseau, leader of the Patriot Front, was also among those arrested. “They came to riot in different parts of downtown,” police chief Lee White said. The men will be arrested on Monday. They are charged with conspiracy.

The right-wing extremists were arrested near the park where the Pride event took place. Documents containing a plan of attack were found in the car. Security was immediately tightened. “It appears that these people did not come here to participate in peaceful events,” Kootenai County Sheriff Bob Norris said. Coeur d’Alene Press†

The Patriot Front has been described as a “white nationalist hate group”. The group split from the neo-Nazi organization Vanguard America after a violent far-right protest in Charlottesville (Unite the right) on August 11 and 12, 2017, against the removal of the statue of Confederate General Robert Edward Lee. The riots have killed.