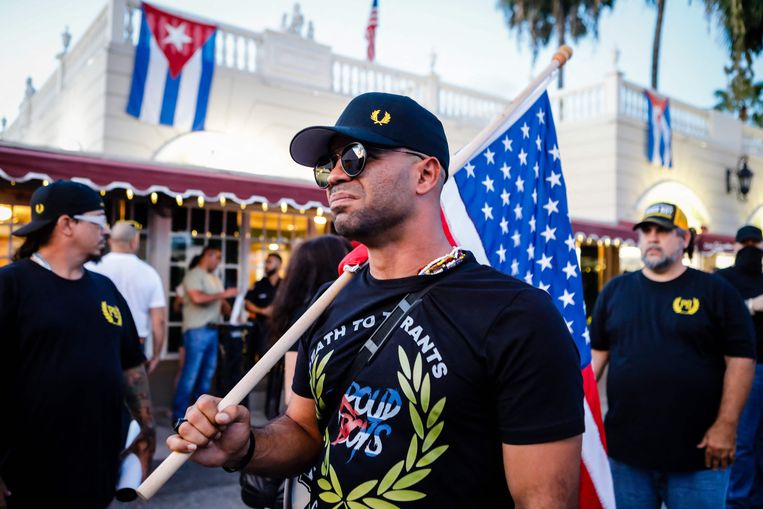 Tarrio showed remorse in court. He said he regretted his actions “extremely” and spoke of a “serious mistake”, according to the AP news agency. “What I did was wrong,” Tarrio said during the videoconference hearing.

The Proud Boys played a leading role in the capture of the United States Capitol on January 6. However, Tarrio was arrested two days before this event for removing a Black Lives Matter banner from a church of a black religious community in the US capital a few weeks earlier. Then he destroyed that banner and set it on fire. He posted a photo on social media in which he posed with the banner and a lighter in his hand.

Tarrio, 37, staged numerous pro-Trump protests and protests against the Black Lives Matter movement in 2020. Tarrio was not in Washington when Parliament was stormed on January 6. After his arrest, he was ordered to leave Washington until his case was tried.

Judge Harold Cushenberry ultimately sentenced Tarrio to jail beyond the three months demanded by prosecutors, in part because he claimed he did not know the banner was from a church, even though there had a video of Tarrio standing outside the church when it was stolen. “Mr. Tarrio has deliberately crossed the line from peaceful protest to dangerous and potentially violent criminal behavior,” the judge said.