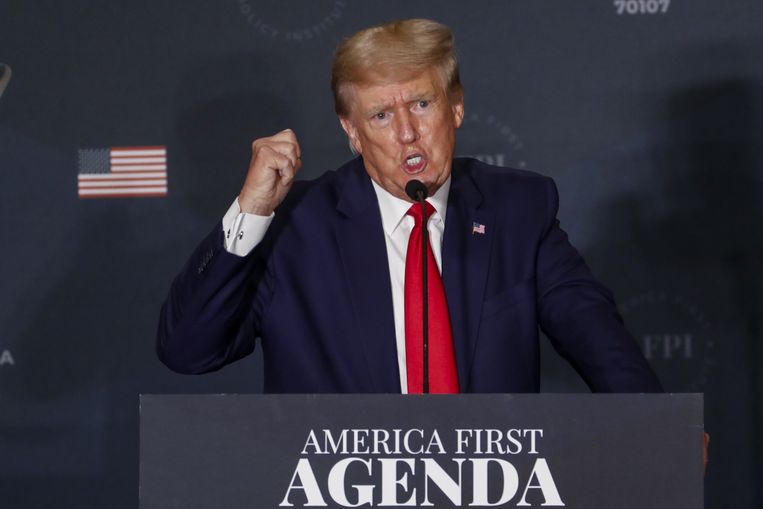 The department is investigating those involved in the storming of the Capitol on January 6, 2021, as well as attempts in previous weeks to confuse who actually won the election.

A “grand jury” has been convened for this purpose, which secretly hears witnesses. Ultimately, these witnesses are interrogated for hours about the meetings Trump held with advisers and the exact assignments he gave his lawyers.

If Trump is formally indicted, it would be the first time a former US president has been prosecuted. The decision will be made by Attorney General Merrick Garland. It must weigh which is more risky: prosecuting a politician whom tens of millions of Americans esteem and who will proclaim loud and clear that he is the victim of a political witch hunt, or not prosecuting what tens of millions of other Americans view it as a pure attack on democracy.

Garland gave an interview to the NBC TV news network on Tuesday night and was asked about this dilemma. He suggested, without naming Trump, that he would opt for a lawsuit: “Our plan is to hold accountable anyone criminally involved in the events surrounding January 6, and in any attempt to prevent the lawful transfer of power one government to hinder the other. That’s our job. We don’t care about anything else.

He also said it would make no difference to his prosecutors if Trump ran for president soon in the 2024 presidential election.

The crimes that can apply to Trump range from conspiracy to rebellion against authority to fraud.

The plot would then involve the storming of the Capitol, which appears to have been planned by Trump weeks in advance, and which he did not want to call off during the riots. He took advantage of the time his supporters were on Capitol Hill to call senators and ask them to delay finalizing Joe Biden’s election victory.

The argument for the postponement was that alternative results had been submitted by several states where Biden narrowly won. In those states, Republicans had rallied to pose as members of the Electoral College that ultimately elects the president in the United States. In official-looking documents sent to Congress, they indicated that they had voted for Donald Trump.

These documents were not reviewed by Congress – Vice President Mike Pence, who chaired the January 6 congressional meeting, ignored them, much to Trump’s anger. If Trump knew in detail about this plan with the alternative outcomes, and ordered or authorized it, he could face prosecution for fraud.

Trump himself delivered a speech to a Washington-affiliated think tank on Tuesday, the first time he has returned to the capital since stepping down as president. He has a habit of calling the 2020 election a robbery, his House select committee’s investigation groundless, and his supporters who went to jail after the Capitol’s capture were brutally beaten as patriots. “They want to hurt me so that I can no longer work for you. But I don’t think they can.”