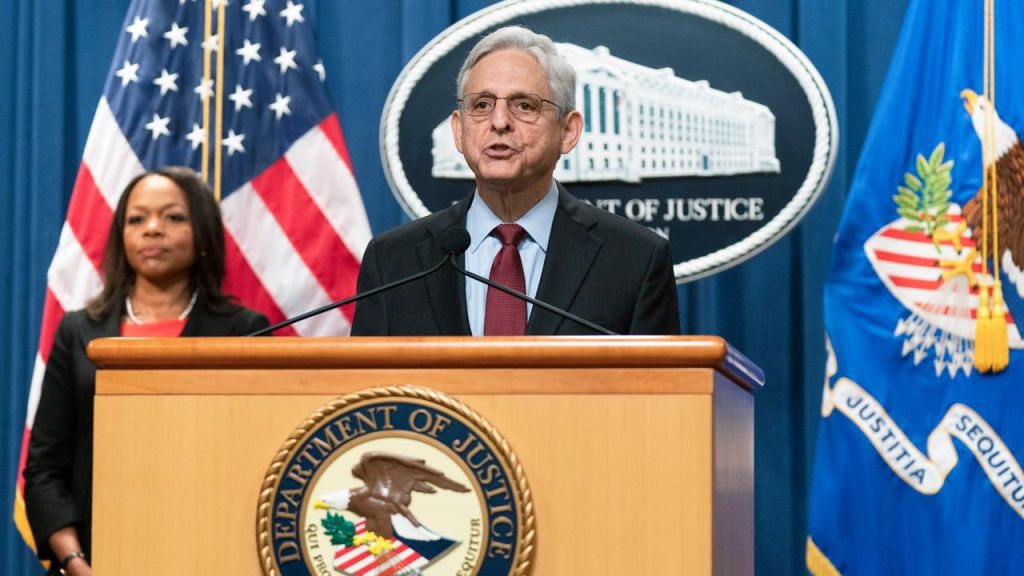 The US Department of Justice has asked a judge to release the search warrant for the raid on former President Donald Trump’s home. The receipt containing items the FBI took from Trump’s Mar-a-Lago golf resort is also expected to be made public.

He wants the search warrant and the list of items seized to be made public, because it is in the “public interest”. A third document, in which the concrete suspicions of the FBI are explained, will not be made public.

Finally, the minister pointed out that his department acted in accordance with the law. He didn’t want to divulge anything further. Garland also did not respond to questions from reporters.

The request to release the search warrant and list could be seen as a response to how Trump talks about the search. The former president describes it as a raid for no reason. Garland noted that Trump and his attorneys had been in possession of both the warrant and the list since the search and could have made it public themselves. They did not do it.

Trump already received a subpoena in the spring

It was also announced on Thursday that Trump had already received a subpoena from the US Department of Justice last spring. With the subpoena, the Department sought to recover the documents taken from the White House without having to search. who reports The New York Times based on three insiders.

The subpoena could provide more context into Monday’s raid, the newspaper writes. The fact that Trump was subpoenaed first proves that the Department first sought alternatives to a raid.

Some classified documents were already taken away during a visit by department officials to Trump’s home in June. On Monday, the FBI searched again, because there would be no more documents on the golf course in Florida. According The New York Times These were very sensitive documents related to national security.

Such an unannounced raid is politically extremely sensitive and is a tool that is not quickly used. Monday’s raid was the first on a former US president.

Trump chose not to return the documents

Trump took several boxes of White House documents to his Mar-a-Lago golf resort after his 2020 election defeat. In the months that followed, the National Archives attempted to recover the material.

The former president only returned fifteen cards after months of wasted time. The boxes turned out to contain secret documents. The archives then informed the Ministry of Justice. The ministry later discovered that classified documents were still missing.

Trump had the option of returning the classified documents since leaving the White House, but did not.