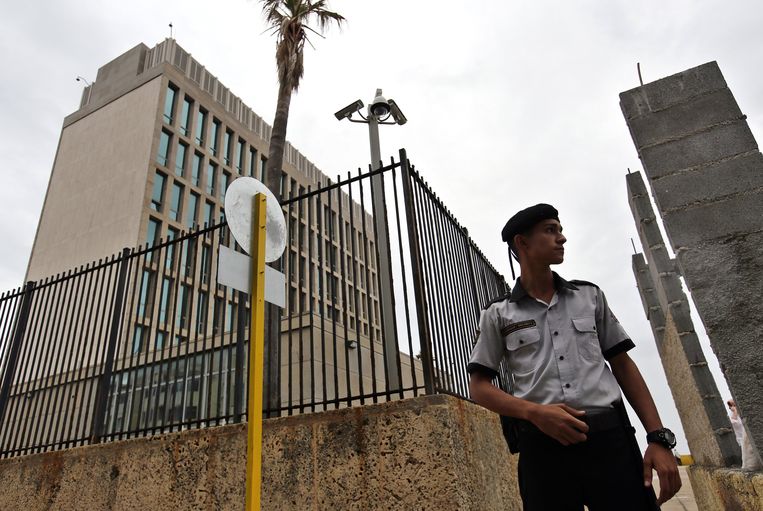 Six months after the leaf GQ reported that a White House employee may have been the victim of a “ targeted energy attack, ” Politico and CNN are now reporting that incidents in Washington and Miami are under investigation. The Pentagon, involved in the investigations, informed members of Congress of the attacks earlier this month.

All of the victims show the same symptoms as Americans who were affected in Cuba and China: a high-pitched signal in the ears, followed by lingering health issues such as nausea, headaches, dizziness, and loss of concentration. In November, a senior National Security Council official working at the White House was reportedly shot while walking to his car. It happened near the Ellipse, the park south of the White House.

In late 2019, a White House worker was also reportedly affected when walking her dog in a Washington suburb. In Miami last year, several federal officials reported complaints that amounted to what is now called “Havana Syndrome” in the United States. The White House declined to respond to the series of incidents in the United States on Thursday. Despite various studies, the exact cause of the health problems has still not been demonstrated.

The United States has withdrawn more than 40 diplomats and intelligence officials from Cuba and China in recent years. The Obama administration decided in 2017 to withdraw a significant portion of the staff from the reopened embassy in Havana after 24 diplomats and their relatives reported the disease “ mysterious ”. They then said they suddenly felt ‘abnormal and unclear sound waves and pressure’. Then they had physical complaints.

Secretary of State Rex Tillerson then spoke of “targeted attacks” but Washington was completely unaware of what had provoked them. The Cuban government has denied any involvement and medics also said they found nothing. In 2018, the Canadian government also decided to bring back family members of diplomats from Cuba after at least ten diplomats reported the same health issues.

Interestingly, American and Canadian tourists to Cuba have not been stricken with the disease. In mid-2018, the “ attacks ” moved to China. A handful of diplomats from the US consulate in Guangzhou were then evacuated after allegedly falling ill from loud and strange noises. One of them even suffered minor brain damage.

NEW: The mysterious neurological symptoms experienced by U.S. diplomats in China and Cuba are consistent with the effects of directed microwave energy, according to a report from the National Academies of Sciences. https://t.co/y7S7FvndJM

A scientific study commissioned by the State Department concluded late last year that the mysterious disease was likely caused by targeted radio waves. The investigation is ongoing. American soldiers, including in Europe, have reportedly been victims of this type of attack in recent years. Members of the House of Representatives defense committee were briefed by the government last week.

The Pentagon then told lawmakers that it had not been shown who was to blame, but that Russia and China were suspected of being involved in the attacks. In the past, during the days of the Soviet Union, Moscow researched the use of targeted radio waves as a means of warfare.