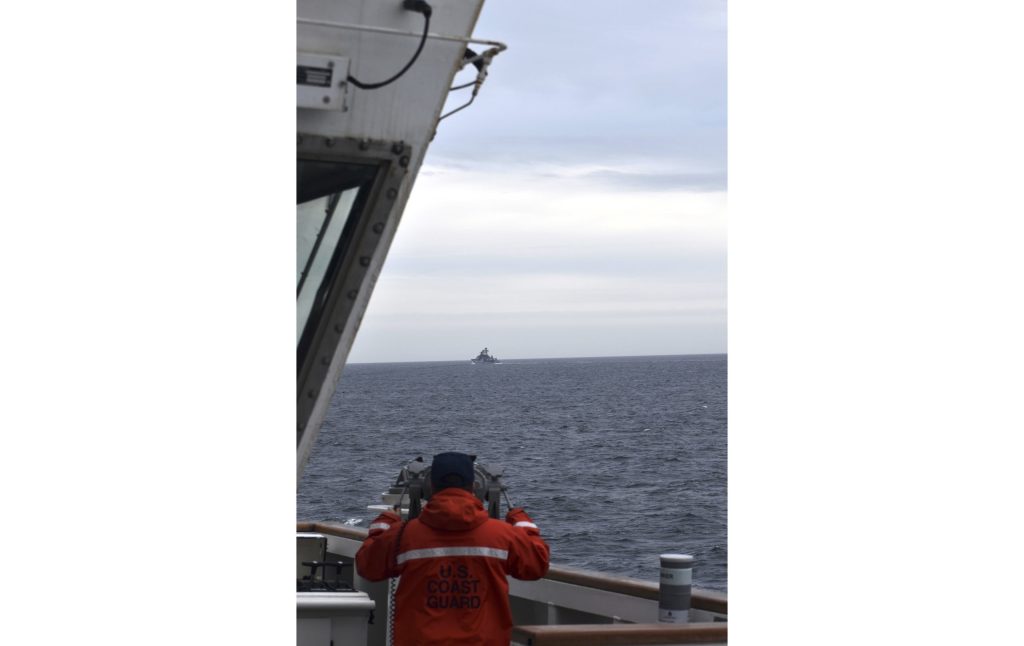 A US Coast Guard ship on routine patrols in the Bering Sea near Alaska reported an encounter with a Chinese guided missile cruiser. It later turned out that the Chinese navy ship was accompanied by two other Chinese ships and four Russian navy ships.

On September 19, the US Coast Guard Cutter Kimball spotted the Renhai CG 101 guided-missile cruiser about 138 km north of Kiska Island in Alaska, according to a Coast Guard release. Two other Chinese and four Russian navy ships, including a destroyer, were later spotted “operating in unison with the Renhai as a combined surface action group in the United States Exclusive Economic Zone (EEZ). “, said the coast guard.

According to the coast guard, the Chinese and Russian ships then broke formation and dispersed. The American ship was supported by an American C-130 Hercules aircraft.

Read also | The Putin-Xi meeting is important for several reasons

The Sino-Russian-US meeting comes a month after NATO Secretary General Jens Stoltenberg warned of China’s growing interest in the Arctic and Russian military buildup there. Stoltenberg then said that Russia had set up a new Arctic command and opened hundreds of new and old Soviet-era military sites in the Arctic, including deep-sea ports and airfields.

According to Stoltenberg, China has declared itself a “near Arctic” state and is now planning to build the world’s largest icebreaker. Beijing and Moscow have also pledged to step up practical cooperation in the Arctic. It’s part of a deep strategic partnership that challenges our values ​​and interests,” Stoltenberg said during a visit to Canada’s North.