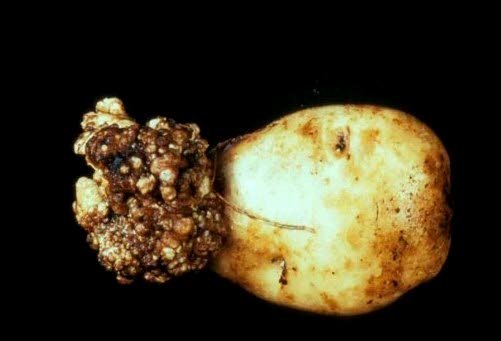 Two recent wart disease infections in potato consignments in Prince Edward Islands prompted the United States (US) to temporarily suspend the transport of seed potatoes in from this Canadian province.

Infections at two Canadian potato companies on October 1 and 14 were confirmed by the Canadian Food Inspection Agency (CFIA). Since 2000, 35 wart gall infections have been identified in Prince Edward Islands.

US officials informed Canada on November 2 that they would ban imports of Canadian potatoes until appropriate action is taken. The border closure does not apply to processed potato products. The US decision primarily affects the export of seed potatoes.

The measures the CFIA is now announcing to limit the risk of the wart spreading include washing and brushing the potatoes to remove soil residue. Additionally, source research is being done on and around infected potato companies to determine the origin of the infections.

The CFIA hopes to convince the US authorities with the risk mitigation measures. There are constant technical discussions on wart disease between experts from both countries and data on ongoing studies is exchanged.