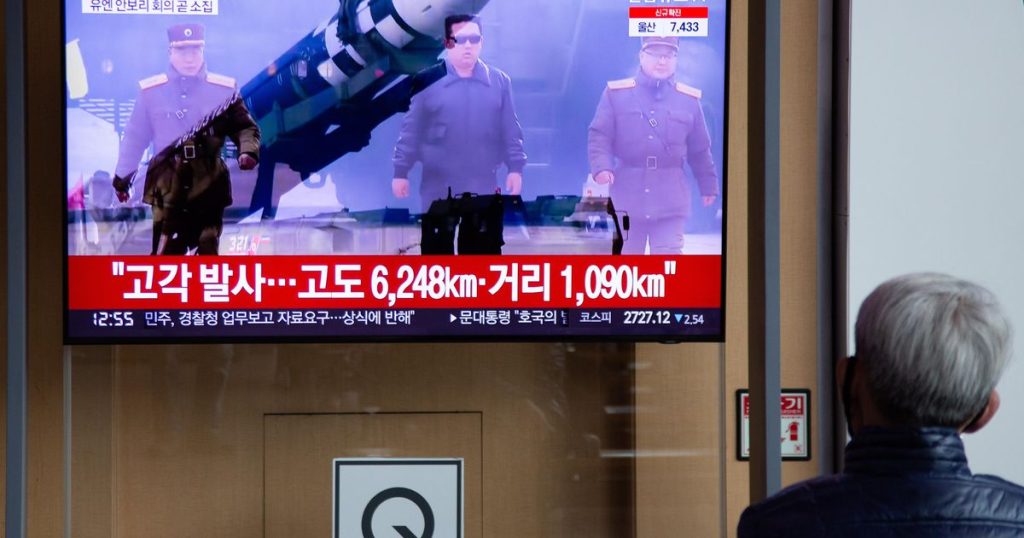 US Ambassador Linda Thomas-Greenfield pointed to a 2017 Security Council resolution urging member states to “update and strengthen the sanctions regime” if North Korea fires an intercontinental ballistic missile. “That’s exactly what happened,” Thomas-Greenfield said. “So now is the time to take that step.”

In April 2018, North Korean leader Kim Jong-un formalized a moratorium on nuclear testing and long-range missiles, declaring that his goals had been achieved and his country was an all-nuclear state. Yet he personally oversaw the launch of the Hsawong-15 on Thursday, which North Korean state broadcaster KCNA said was intended to ensure the country was ready for a “prolonged confrontation” with the United States.

Thomas-Greenfield gave no details on the US proposal to tighten UN sanctions, except that they should aim to cut funding for Pyongyang’s banned weapons programs. North Korea’s nuclear tests and ballistic missile launches have long been banned by the Security Council.

North Korean allies China and Russia are likely to oppose tougher UN sanctions. After all, they have been pushing for the easing of UN sanctions for some time to improve the humanitarian situation in North Korea and encourage Pyongyang to resume denuclearization negotiations with the United States and countries in the region, among others.