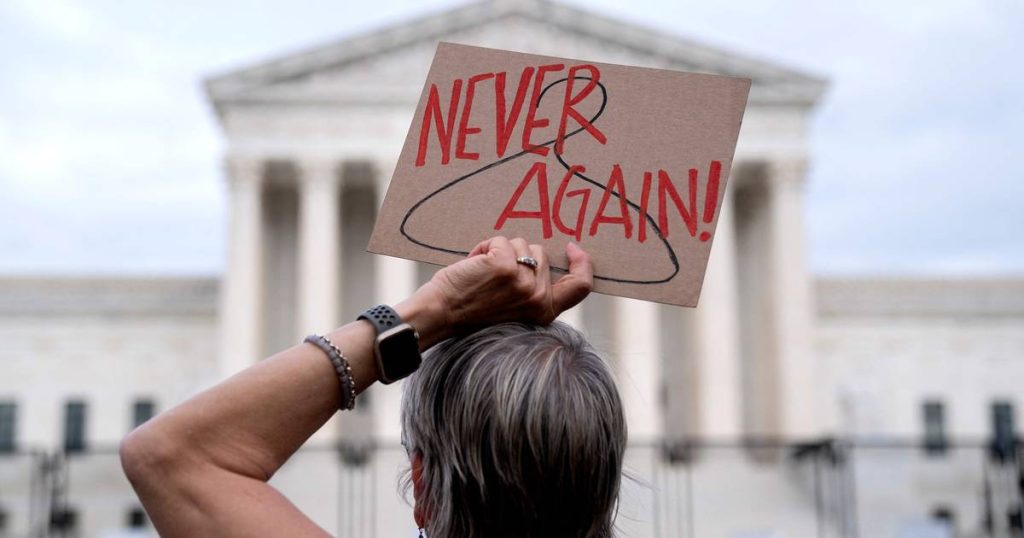 A bill to legalize abortion in the United States failed in the Senate. President Joe Biden’s Democratic bill failed to get the 60 votes it needed to pass, as expected.

Opposition from the Republican opposition in the 100-person Senate was too strong. In addition to the 50 Republican senators, Joe Manchin, the most conservative Democratic senator, also voted against.

With the bill, the Democrats wanted to enshrine the right to abortion. They fear a decision by the US Supreme Court in the coming weeks. A leaked draft ruling revealed that the majority of conservative chief justices want to end the landmark Roe v. Wade almost 50 years ago, which established the right to abortion at the federal level. If the draft proposal becomes a reality, it will now be up to the US states themselves to determine whether abortion is legal, as was the case before 1972. Republican states have for some time restricted the right to abortion, for example by prohibiting the termination of pregnancy after six weeks, as happened in Texas last September. Many women do not yet know that they are pregnant.

The American media report meanwhile that two Republican senators, Lisa Murkowski and Susan Collins, tabled their own bill in February to establish the right to abortion. The couple are pro-abortion, but believe there should be room for exceptions on religious grounds. According to Collins, for example, Catholic hospitals should be able to decide for themselves whether or not they want to perform abortions. Democratic Senator Tim Kaine is now said to be in talks with Collins and Murkowski to revive that proposal, although Kaine is clear there will be new contributions.

The majority is for legal abortion

A majority of Americans believe that abortion should remain legal in all or most circumstances. Democrats hope the lost vote in the Senate will mobilize abortion rights advocates ahead of the legislative elections, which will be held in November.

In an initial response, President Biden condemned the Republican blockade “at a time when women’s constitutional rights are under unprecedented attack, and it goes against the will of the majority of the American people.” He hopes that after the election there will be a Democratic majority in the Senate, so the bill can still pass.