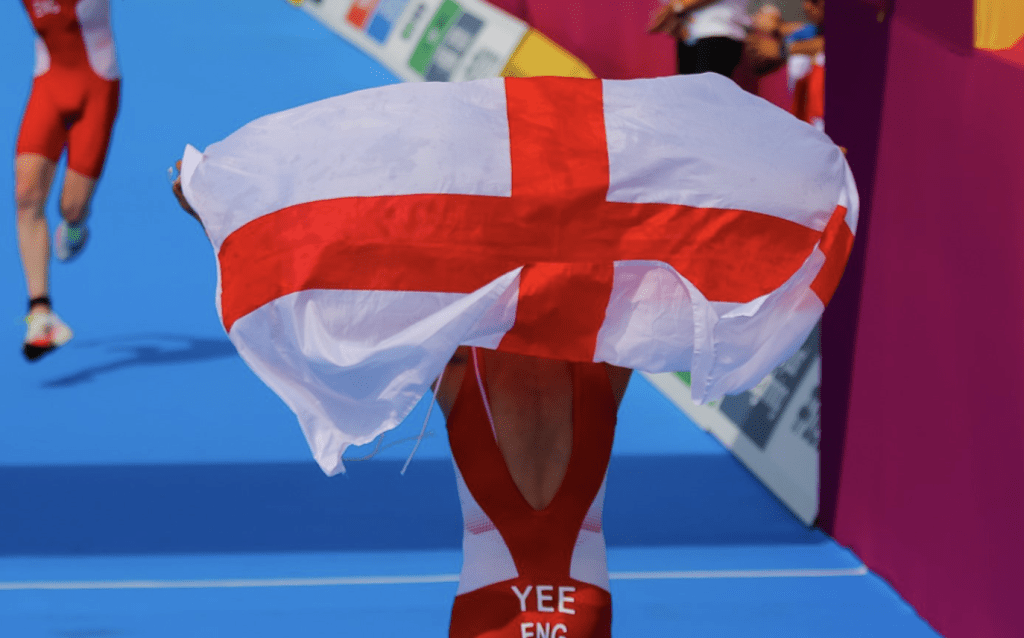 They were absolutely unbeatable today in the mixed relay at the Commonwealth Games: Alex Yee, Sophie Coldwell, Sam Dickinson and Georgia Taylor Brown raced to gold. Silver went to the surprisingly strong team of Wales (+0:46) and Australia completed the podium (+0:49).

From the first round, England created a nice lead. Initially, however, it was the South African team with Jamie Riddle who took the lead. By cycling, New Zealand and England have returned to the forefront and so the three countries have gone hand in hand. It was until the race, because once Yee put on his running shoes, the England team disappeared from view. With a lead of 20 seconds, Sophie Coldwell dove into the water on behalf of England. New Zealand followed in second place, Australia moved up to third and South Africa were pushed back to fourth.

During the swim, Coldwell increased the lead to 24 seconds. After the swim, Natalie van Coevorden – the Australian team – gave chase. While England were still alone in the lead, there were some changes in position behind them. Scotland, New Zealand, Wales and Australia met while cycling. Coldwell switched to running for 36 seconds for these four athletes. That buffer narrowed slightly in that final game, as Coldwell eventually knocked down Dickinson 27 seconds ahead of the three chasers.

Dickinson worked hard to replenish this buffer. After the swim, New Zealand and Scotland were tied for second place, while Wales fell to fourth place. England strove to get those countries away and it worked well as after cycling Dickinson had a 30 second lead. New Zealand, Wales and Scotland have entered their next athletes 16 seconds behind England for the fourth and final round.

Taylor-Brown took credit for completing it, and she did so with conviction. Without a suit, the athlete swam further from his pursuers and therefore jumped on the bike 24 seconds ahead of New Zealand and Wales. In the saddle, England is more than a minute behind these pursuers. Although the athletes came back for a few seconds during the race, England largely triumphed. Wales surprised with a second place (+0:46) and Australia crossed the line in third (+0:49).