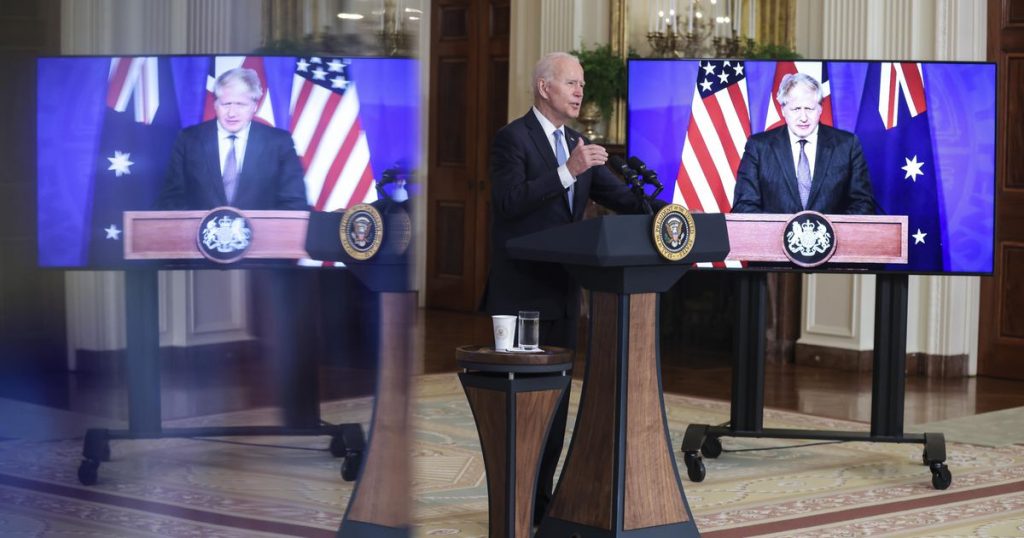 Australian Prime Minister Scott Morrison spoke of a “strengthened” partnership. “A partnership in which our technology, our scientists, our businesses and our armed forces all work together to create a safer region. Everyone benefits. “

Australia should immediately benefit from this closer cooperation. “The first task of this partnership will be to help Australia acquire a fleet of nuclear powered submarines,” said British Prime Minister Boris Johnson. He spoke of a “new chapter” in friendly relations between countries.

The French naval group calls it “a big disappointment” that the Australians choose to work with the Americans and the British. The French company had hoped to deliver diesel and electric submarines worth more than 31 billion euros to Australia. This will not happen due to the new AUKUS collaboration, Naval Group reported Thursday.

Australian and American media had previously published articles about the new partnership. Insiders told the Politico news site that the move is seen as a way to form a united front against China, although the country is not explicitly mentioned in the agreements.

US President Joe Biden said cooperation with the British and Australians should help meet the “challenges of the 21st century”. He called the creation of AUKUS a “historic milestone” and pointed out that the armies of the countries have already fought side by side in two world wars.

Sources had told Politico that the partnership would include the sharing of advanced technology. During his speech, Biden confirmed that AUKUS also aims to ensure that countries maintain their lead in the military field and in the development of “critical” technologies, for example in the field of artificial intelligence.