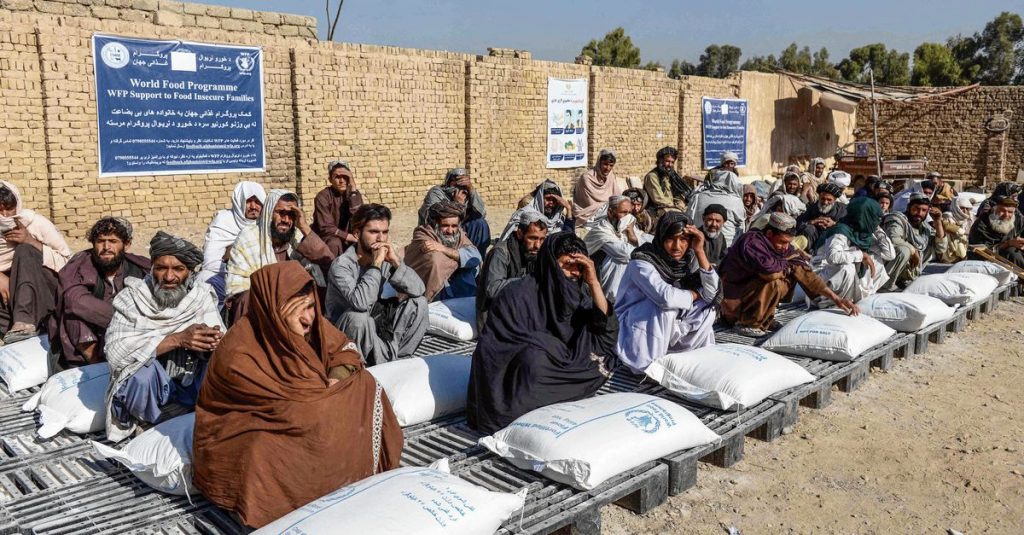 Millions of Afghans are at risk of starvation if international action is not taken. This is what the United Nations World Food Program (WFP) told Reuters on Monday. About 23 million people, more than half of Afghanistan’s population, face severe food insecurity. Two months ago, the WFP estimated that number at 14 million. “Afghanistan is one of the worst humanitarian crises in the world right now, perhaps the most serious,” said WFP Executive Director David Beasley.

Even before the Taliban took over Afghanistan in August, the country was struggling with major food shortages caused by climate change. After the Taliban’s takeover, the country’s already weak economy, which relied heavily on foreign aid, was further weakened. Western nations, the World Bank and the IMF cut off billions in aid. WFP director Beasley on Monday called for the funds to be made available again so that people can survive. Currently, many Afghans have to sell personal items to buy food.

On Monday, Russia’s special envoy to Afghanistan, Jameer Kapulov, announced that the country would provide humanitarian assistance to Afghanistan in the coming days. Last week, Russia hosted a Taliban delegation in Moscow and sent a UN envoy to Afghanistan. Called for a donor conference with support. Russia fears that instability in Afghanistan could spread to other Central Asian countries, and wants to increase its influence in the country after the United States withdraws its troops this summer.

The EU is also trying to link up with the new regime. On Sunday, the European Union’s Diplomatic Service (EEAS) announced its intention to open a mission in Afghanistan. Details of when and in what form the EU delegation will go to Afghanistan have not been released. An EEAS spokesman insisted Financial Times The proposed opening does not recognize the Taliban. Unlike their Russian, Chinese and Turkish counterparts, most EU ambassadors withdrew when the Taliban captured the Afghan capital, Kabul.

A version of this article was published in the morning NRC on October 26, 2021