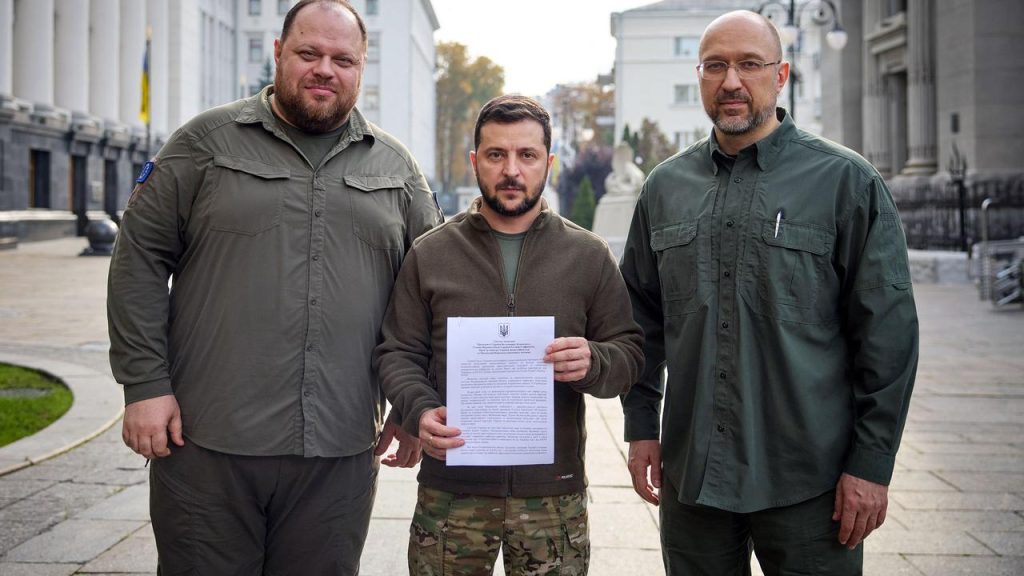 “We have already proven that we can meet Alliance standards,” Zelensky said in a video message on social media. With the application for accelerated membership, Ukraine takes a “decisive step”.

It seems unlikely that Ukraine will be able to join in the near future. The central idea of ​​NATO is that an attack on one of the member states counts as an attack on all allies. Ukraine’s accession could therefore lead to a major escalation.

Ukraine’s National Security and Defense Council met on Friday to discuss measures in response to the Russian decision. The council discussed measures to ensure the security of the “Euro-Atlantic territory” and Ukraine, Zelensky’s website said.

This includes, as far as the Ukrainians are concerned, a nuclear deterrence strategy against Russia by Ukraine’s allies.

The annexation by Russia was internationally condemned. For example, Russia can count on additional sanctions from the European Union, the leaders of the 27 EU countries said on Friday.

The provinces of Kherson, Zaporizhzhia, Donetsk and Luhansk as well as Crimea are part of Ukraine, Prime Minister Mark Rutte and his 26 colleagues have said. They call on the rest of the world to “outright reject” the “fake referendum” in the partially occupied territories and the formal annexation by Russian President Vladimir Putin.

Russia is bringing in hundreds of thousands more troops, threatening to have nuclear weapons and claiming to be defending Russian territory in Ukraine. This will not change the Union’s determination, according to EU leaders.

US President Joe Biden has spoken of a “fraudulent attempt” to claim Ukrainian territory. According to him, Russia is violating international law and “trampling” the UN charter. It also shows Russia its “contempt for peaceful nations”.

The United States is responding to annexation with new sanctions, Biden said. These target individuals and other parties that politically or economically support the annexations. Biden said he would bring the international community together to condemn Russia’s actions and hold Russia accountable.