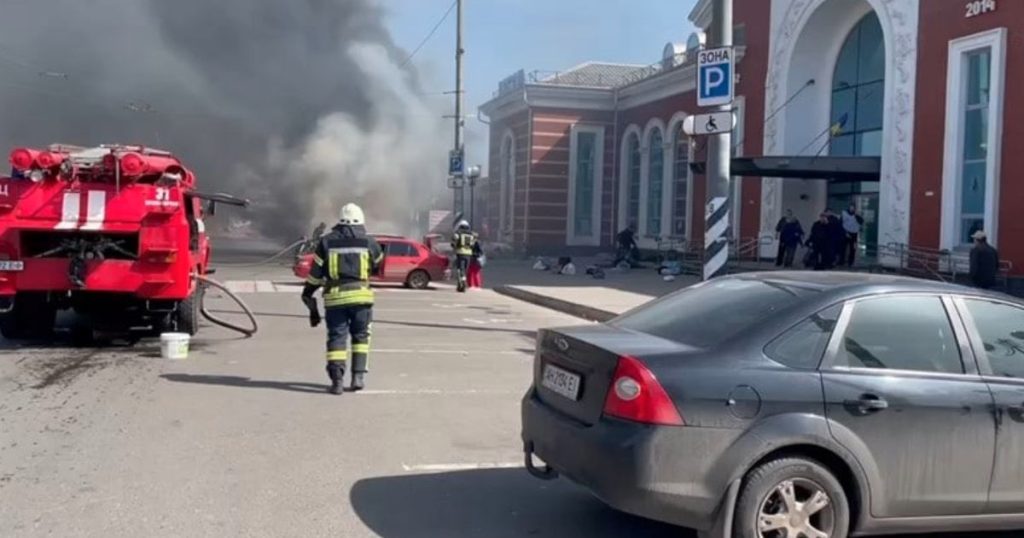 Warning: the images in this story may be experienced as shocking.

Thousands of people were waiting at the train station to be evacuated to safer parts of Ukraine. Kramatorsk is located in the Donetsk region, where there is heavy fighting. Part of the region is in the hands of pro-Russian separatists.

The article continues below the video.

Kirilenko accuses the Russians of deliberately killing civilians. “They wanted to create panic and fear, they wanted to kill as many civilians as possible,” he said. The governor posted a photo online showing bodies lying next to suitcases and other luggage and one of the emergency services trying to put out a fire. Photos have not been independently verified.

Kramatorsk is one of the easternmost places in Ukraine still accessible by train. The city is therefore considered an important evacuation point for the inhabitants of eastern Ukraine.

On Thursday, three trains carrying evacuees were stranded in the same area after an airstrike on a railway line.

The side of the rocket would say “for kids”.

At least 35 people have died.

Cars around the station were destroyed.

“The evil that knows no bounds”

Ukrainian President Volodimir Zelensky described Russia as “evil” without borders, in response to the missile attack. According to Ukraine, dozens of civilians were killed as a result.

“They are cynically destroying the civilian population. It is an evil that knows no bounds. And if it is not punished, it will never stop,” Zelensky wrote of Russia in a statement on social media.

The Russian Foreign Ministry denies that the country carried out a rocket attack on the station. The ministry also mentions that the type of missile allegedly used in the attack is only used by the Ukrainian military. Eduard Basurin, one of the pro-Russian separatist leaders in Donetsk, accuses Ukraine of being responsible for the missile attack and speaks of a “provocation” from the Ukrainian side.

The bodies are covered.

The survivors wait on a bench outside the station.