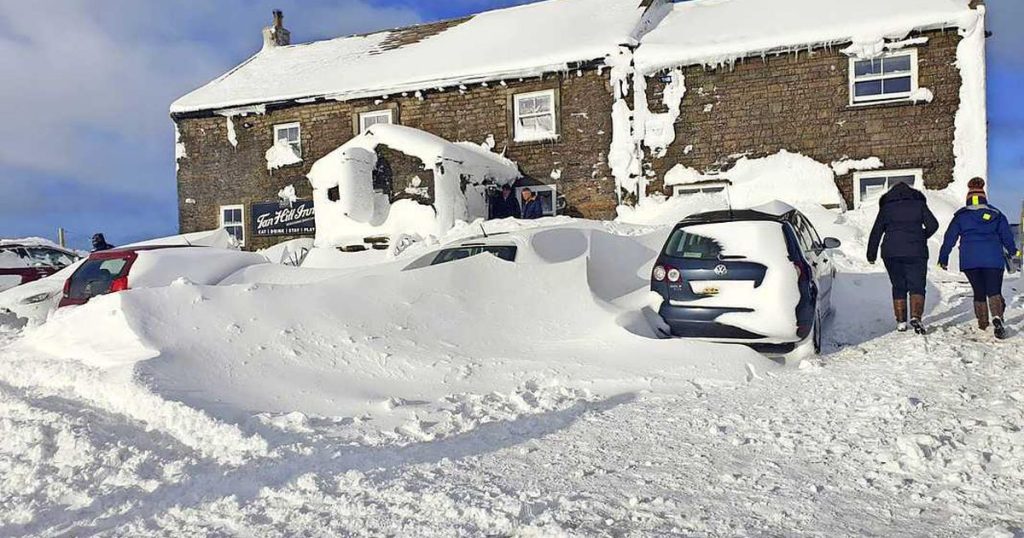 This reports the British channel BBC. Diners at the pub, which is 528 meters above sea level, woke up on Saturday to a thick layer of snow that reached the bedroom windows. A tunnel has since been dug at the pub’s front door, but damage to power lines has made the roads impassable.

Manager Nicola Townsend said everyone was in a good mood and some people didn’t even want to leave. So far, 61 people have spent two nights, and many, including members of the group, have set up camp in the pub lounge.

The staff, according to the manager, had organized activities to keep people entertained, including a quiz and various board games. One of the guests, Martin Overton, told BBC News the atmosphere was “very good” and there was “enough beer available”.

The aftermath of Storm Arhwen caused a lot of nuisance in North Yorkshire. Most trains between York and Scotland have been canceled because the rail link between Newcastle and Edinburgh is closed. According to the North Yorkshire County Council, staff and emergency services will continue to work together to deal with the effects of the storm.