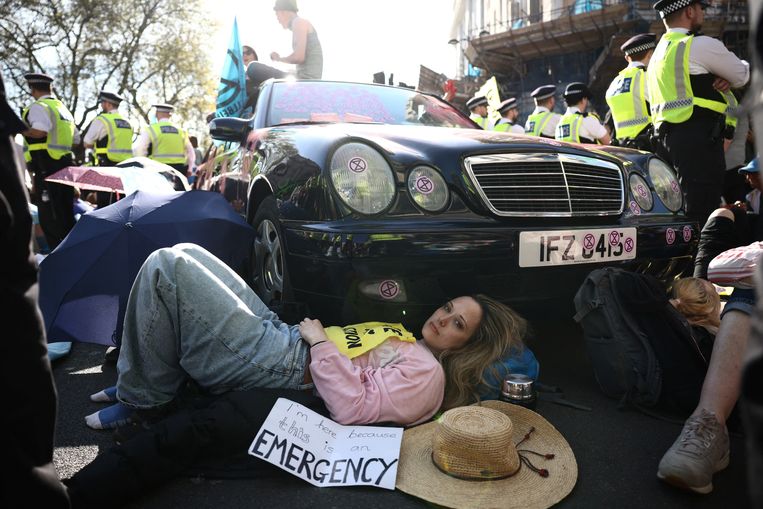 “We’re stopping,” were the opening words of a video the UK branch of climate action group Extinction Rebellion posted to Twitter on New Year’s morning. They’re not really stopping, it turns out. the explanation on the group’s website, but they stop at what has made environmental activists a major factor in the international climate debate in four years: disturbing public order with protest actions.

UK climate activists will no longer block roads, smash windows, chain or stick to junctions. A striking change in their tactics, just as the civil disobedience of Extinction Rebellion seems to have been followed internationally in the form of the soup throwers of the activist group Just Stop Oil.

Extinction Rebellion states that although their actions have received a lot of attention, little has changed for the better in the climate. “Emission levels continue to rise and the planet is dying at an accelerating rate,” they write.

This is why the British, the country where the first branch of Extinction Rebellion was founded in 2018, takes a different approach. For now, they will focus on a form of protest that is less controversial, more accessible and appeals to more people: protests as large as possible. In their own words, “This year, we prioritize dating over arrests and relationships over roadblocks.”

Somewhat hidden in the statement are also hints at considerations that may also have played a role in the decision to stop the disruptive actions. “At a time when speaking and acting are punishable by law, collective strength, the power of many and flourishing by building bridges is a radical act,” reads one passage.

This appears to be a reference to tougher legislation which last year gave UK police more powers to intervene in actions such as Extinction Rebellion. Additionally, the UK House of Commons approved a controversial new Public Order Act this fall, which appears to be tailored specifically to the organization. If the House of Lords also approves the law, then protesters who chain themselves to each other or objects can count on a prison sentence. The same goes for protesters blocking crucial infrastructure.

Extinction Rebellion also announces that they no longer want to scare people away with stocks. This may well be a response to a recent YouGov poll. It showed that campaigners in Britain have more critics than supporters.

The change of course only applies to the UK at this time, of course. Extinction Rebellion has branches in 83 countries and is organized in a decentralized way. The Dutch department does not automatically follow the course of its British colleagues, explains a spokesperson for Extinction Rebellion Netherlands. “We will certainly continue to use civil disobedience as a tool. We feel that we are achieving good things with this.