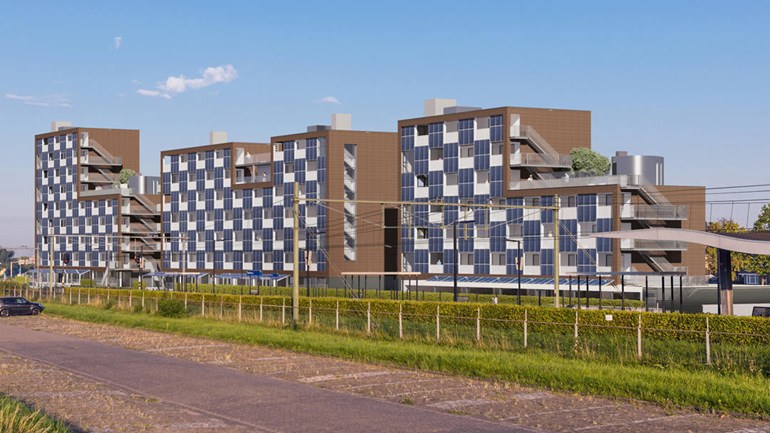 “Now that you mention it,” jokes architect Taco Tuinhof from the Rothuizen office, who did the design. “Actually, I think it’s humorous. No, that was definitely not the intention. That would make things serious. The heights of the buildings were already fixed in a plan from 2000. We developed that.”

City poet Raymond van de Ven wasn’t the one who discovered the silly side of design, he says. “A friend of mine saw it. It’s not on social media, so I posted it.” His post immediately went viral. “Once you see it, you keep seeing it. I think it’s a silly mistake, but I can hardly imagine an architectural firm not seeing it.”

The building is still under construction. The photo is an impression of what the building will look like when completed. Residents of the Dauwendaele district will soon be looking at the mega-sized letters, from the center of town the word “bite” will be mirrored.

“If you want you can see things in everything,” says Tuinhof. “But I’m afraid we’ll never get rid of it. Maybe when the trees grow, you won’t see it again.” Van de Ven is inspired by the design, he says, “I’ll consider a cock poem.”