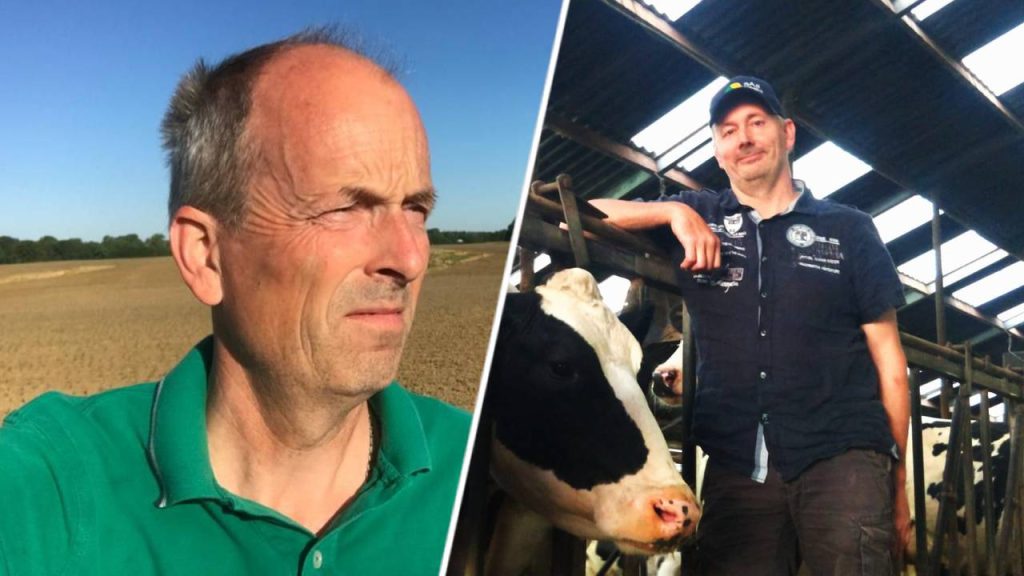 Twenty years ago, dairy farmer Teun Verhoeven (54) left Keldonk for Ohio in the United States. His brother Marcel (53) remained on his parents’ dairy farm. Right now, the contrast between the two lives on the farm is huge. “Here, some see us as environmental polluters and animal abusers,” says Marcel. “In America, they are proud of their farmers,” Teun notes.

Mother Tiny Verhoeven (79) sees the differences between her sons growing from Keldonk. “I think the situation for Dutch farmers is worrying. Their future has become so uncertain here. My son Marcel in Keldonk is struggling three times as hard as my other son in America.”

“Here, everything is a battle: permits, surplus manure, milk quotas.

The difference with Ohio, Madison County, is indeed large. Where Marcel has 130 cows in Keldonk, brother Teun owns about 2000. Teun has 33 employees, Marcel runs the business alone. “And I don’t mind being ready seven days a week, 24 hours a day. I do it with love. The fact that I’ve been earning below average with this hard work for ten years is good. That the farmers also being seen as a piss post makes it even more painful.”

“I get paid for my manure here instead of costing me money.”

From Ohio, Teun says emigrating was the best decision he ever made. “Leaving hurts. It was hard at first, because different rules apply here than you are used to, but after five years I had found my way. The difference is mainly in the space. ‘Ohio has eleven million people and is three times the size of the Netherlands, what they call densely populated here.

“They don’t have a nitrogen problem here,” Teun continues cheerfully. “In fact, I get paid here for my manure which the farmers use to grow their crops. In the Netherlands you have to pay for the treatment of your surplus manure.”

“I hope I can make the decision myself to stop farming.”

“Of course I also thought about emigrating,” says Marcel of his stable in Keldonk. “I didn’t want to give up my Dutch life. I’m not going to look back. I made this decision with the knowledge I had at the time. I’m not going to advise my daughters to take over the farming business . . This makes it difficult to invest in the future. Above all, I hope that I can decide on my own to stop the business and that I will not have to.”

Farm life in Ohio smiles on the Verhoeven family. Teun’s two sons are already fully involved in the business. “I’ve seen this happen before in the 1980s with the Manure Act and then the Nitrates Directives. It only got worse after that.” He hopes that the Dutch will show understanding towards their farmers and that there will be prospects for the future.

“It would be nice if the Netherlands was proud of its farmers again.”

In Keldonk, farmer Marcel marvels at how the world views Dutch farmers. “There is fear abroad. Here we innovate, we are an example of how you can produce efficiently and cleanly. The rest of the world makes grateful use of it. It would be nice if the Netherlands were proud of their farmers again and not of seeing us as half-criminals.”