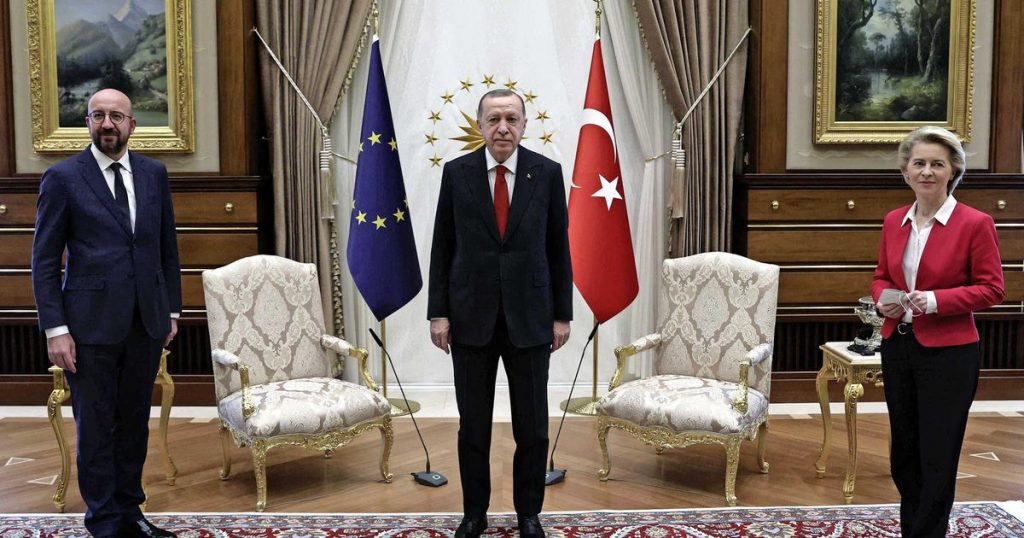 “The fact that Turkey did not give Von der Leyen a seat alongside President Erdogan and EU Council President Charles Michel was an insult from Turkey,” Beaune said on television French. “Turkey has behaved badly. It is a Turkish problem that was deliberately done against us. We must not create a feeling of guilt among Europeans, ”he added.

The dismissal of von der Leyen led to accusations from European capitals against Turkey, but also to anger in Brussels. Turkey defends itself by pointing out the confusion that arises when there are two European leaders whose responsibilities are unclear.

During the visit, von der Leyen was embarked with a seat on the bench opposite Erdogan’s Foreign Minister, away from Erdogan and Michel. The visibly disgruntled committee chairman unsuccessfully asked for attention. Michel, the president of the Council of Heads of Government of the EU, remained silent and many blamed him for it. The case is now called sofagate.

Michel said on Saturday out of shame that he was sleeping badly. “I don’t hide the fact that I haven’t been able to sleep well since that moment, because the images continue to play in my head,” said Michel. He added that if he could turn back time and undo it, he would.