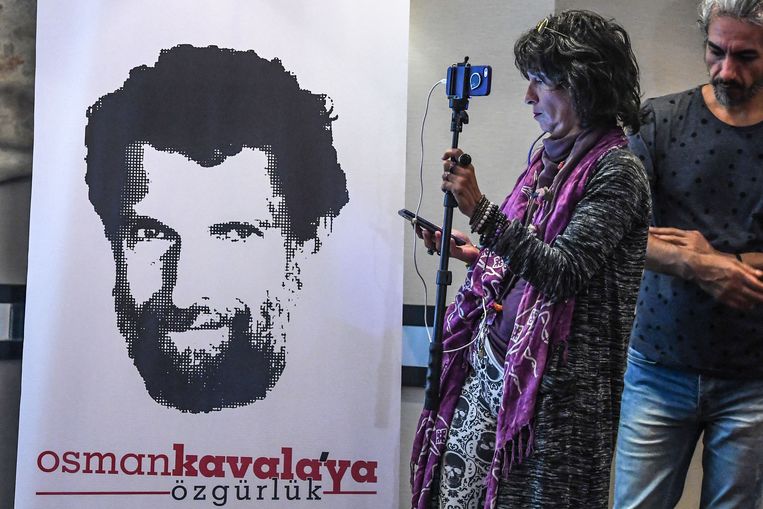 Kavala, 64, is a leading figure in Turkish civil society. He is director of Anadolu Kültür, an organization that supports cultural and social projects. Anadolu Kültür works a lot with artists, minorities and disadvantaged children.

Kavala has been in detention for four years for attempting to overthrow the government for his interference in the Gezi protests in 2013. A judge acquitted him at first instance because there would be no evidence, but the courts decided to add new charges, namely espionage and participation in the failed 2016 coup.

European countries and the Council of Europe have been asking for the businessman’s release for some time, especially since the judgment of the European Court of Human Rights in December 2019. The court has appealed urgent need for the Turkish government to immediately release Kavala. . According to the judges, his detention aims to silence him and constitutes a serious violation of human rights.

The ten ambassadors referred Monday to the decision of the Strasbourg court. The trial, with all its delays and new accusations, “casts a shadow over respect for democracy, the rule of law and the transparency of the Turkish judicial system,” the statement said.

In its response on Tuesday, the Turkish Foreign Ministry stressed that Turkey is a “democratic country which respects the rule of law and human rights”. Ambassadors are warned not to exceed the limits of their diplomatic mandate. Monday’s appeal was signed by ambassadors from seven European countries, Canada, New Zealand and the United States.

The Council of Europe has initiated criminal proceedings against Turkey. This could lead to the suspension of Turkey as a member.

Kavala was the mastermind and financier of the Gezi movement, the 2013 protest against a construction plan on the grounds of Istanbul’s Gezi Park, which has become a mass movement across the country against President Recep’s authoritarian style of government. Tayyip Erdogan, according to the first indictment.

According to the prosecutor, it was an attempt to overthrow the government by force. He associates this with a series of crimes such as destruction, looting and bodily harm. Kavala is said to have mounted his plot in close collaboration with Hungarian businessman and philanthropist George Soros, who also provided the money.

After Kavala’s acquittal by a lower court, justice launched new charges, including involvement in the attempted coup of July 2016. Turkish authorities hold the movement of preacher Fethullah Gülen responsible. However, according to independent observers, there is no indication that Kavala has any ties to the Gülen movement.